Please ensure Javascript is enabled for purposes of website accessibility
Log In Help Join The Motley Fool
Free Article Join Over 1 Million Premium Members And Get More In-Depth Stock Guidance and Research
By Dan Caplinger - May 8, 2020 at 11:41AM

Even huge unemployment didn't stop the market from rising.

Wall Street was in a positive mood on Friday morning, even in the face of unprecedented bad news on the employment front. The U.S. economy lost more than 20 million jobs in April, with the labor force shrinking to its lowest level since 2011 and unemployment soaring more than 10 percentage points to 14.7%.

The coronavirus pandemic has had massive impacts on businesses across the globe, and one huge opponent of lockdown measures has been Elon Musk, CEO of Tesla (TSLA 1.24%). Yet while the electric automaker's stock was on the rise Friday, you couldn't say the same about two companies that rely a lot on advertising for their revenue, as Roku (ROKU 2.15%) and The Trade Desk (TTD -0.55%) both lost ground after their earnings reports. 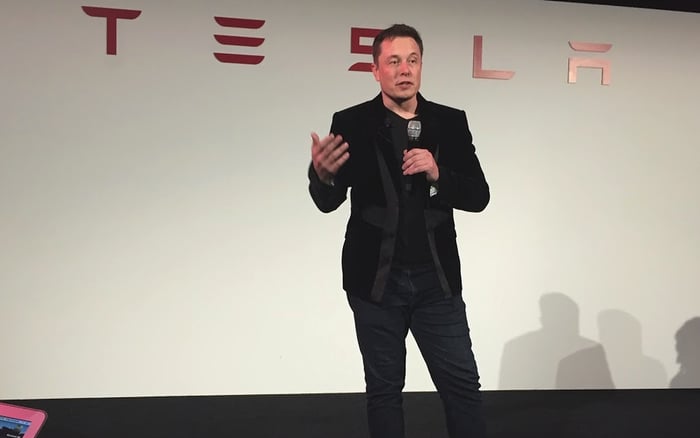 Shares of Tesla were up 4% as investors reacted to the latest comments from the company's chief executive. At issue is its factory in Fremont, California, which has been shut down at intervals because of stay-at-home orders at the state and local level.

Musk communicated with workers at the Fremont factory about returning to work, with reports saying that the CEO cited new updates from the governor's office regarding gradual reopenings for businesses. Yet the state guidance didn't explicitly supersede orders in place at the local level, including restrictions by Alameda County, which includes Fremont. That left some uncertainty about whether Tesla could actually restart operations, which explains Musk's reportedly including language saying that those employees who weren't comfortable coming to work didn't have to report.

Meanwhile, Tesla has shut down production at its new Gigafactory in Shanghai. Some had feared that the plant closure was due to parts shortages, but a statement said the shutdown was in the normal course of business.

Musk has been highly critical of lockdown orders, questioning their validity and constitutionality. It's nevertheless uncertain whether Tesla will be able to restart production as quickly as it would like, especially given tensions between the company and local officials over the past couple of months.

Reversals of fortune for Roku, The Trade Desk

Elsewhere, shares of two ad-related companies that have done reasonably well during the coronavirus pandemic lost ground today. Roku suffered losses of 8%, while The Trade Desk saw a drop of 4%.

Roku's declines came despite 55% revenue growth in the first quarter of 2020, with almost 40 million active users and 13.2 billion hours of streamed content representing massive leaps from past levels. Yet Roku said that it saw ad cancellations pick up in late March and early April, and the TV streamer expects marketing efforts to slow over the next several months.

Meanwhile, The Trade Desk posted 33% gains in revenue in its first quarter, and adjusted earnings per share rose at a red-hot 84% pace. Spending on connected TV ads more than doubled year over year. Again, though, investors balked at comments that those growth rates would inevitably slow due to store closures and other challenges that client businesses are facing.

Even top growth stocks often hit air pockets at earnings time, especially when expectations are high. In the long run, The Trade Desk and Roku look poised for explosive growth, but it could come with a few bumps in the road along the way.