Please ensure Javascript is enabled for purposes of website accessibility
Log In Help Join The Motley Fool
Free Article Join Over 1 Million Premium Members And Get More In-Depth Stock Guidance and Research
By Anders Bylund – May 8, 2020 at 3:41PM

The arts-and-crafts retailer saw one of its largest investors take an even larger position.

Shares of arts-and-crafts supplies retailer Michaels (MIK) rose as much as 15.3% on Friday, peaking just before 3 p.m., EDT. On a generally positive day for the stock market as a whole, Michaels got an additional boost from an SEC filing that showed investment management firm BlackRock (BLK -3.67%) increased its already-huge ownership of the company.

The SEC filing showed BlackRock owning 14.9 million shares of Michaels at the end of April 2020. That's up from 12 million shares and an 8.1% ownership stake in the previous month. BlackRock's increased investment amounts to a vote of confidence in this deeply troubled retailer. 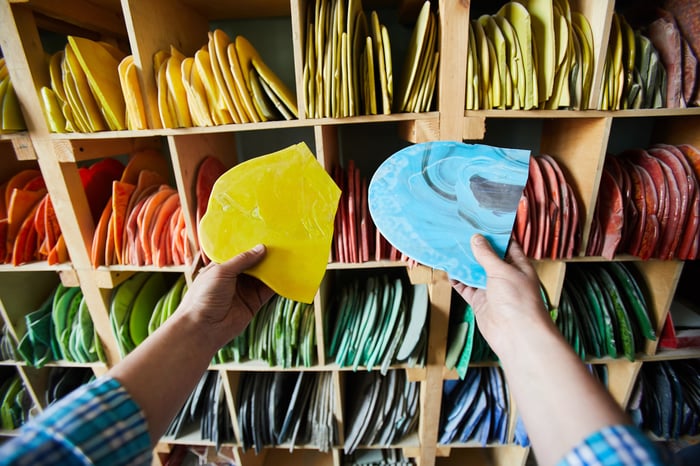 Even after Friday's strong jump, Michaels stock is trading 66% lower in 2020 and 76% lower over the last 52 weeks. The COVID-19 crisis arrived at a difficult time for this company, whose revenue and cash flows have been trending steadily lower since 2017. 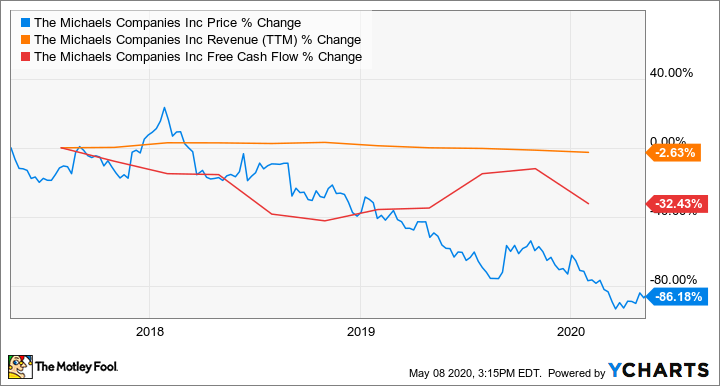 The company even tried to dodge the health crisis by declaring itself an "essential retailer" in March. That gambit didn't last long, but it undermined my formerly positive view of Michaels' management team. BlackRock seems to disagree with my negative assessment here, picking up nearly 3 million additional shares at multi-year lows. Is it a calculated gamble, a preliminary move toward a hostile takeover, or simply a big bet on an eventual return to healthy growth? I don't know, but I would hesitate to follow BlackRock's example here.