Please ensure Javascript is enabled for purposes of website accessibility
Log In Help Join The Motley Fool
Free Article Join Over 1 Million Premium Members And Get More In-Depth Stock Guidance and Research
By Rich Duprey - Mar 3, 2021 at 11:48AM

Arts and crafts retailer The Michaels Companies (MIK) is going private again. This time it's being acquired by Apollo Global Management (APO) for $22 per share, or $5 billion.

That's $1 billion less than the last time it was taken private, in 2006 by Bain Capital, and it represents the struggle the retailer has faced since returning to the public markets eight years later at a price of $17 per share. 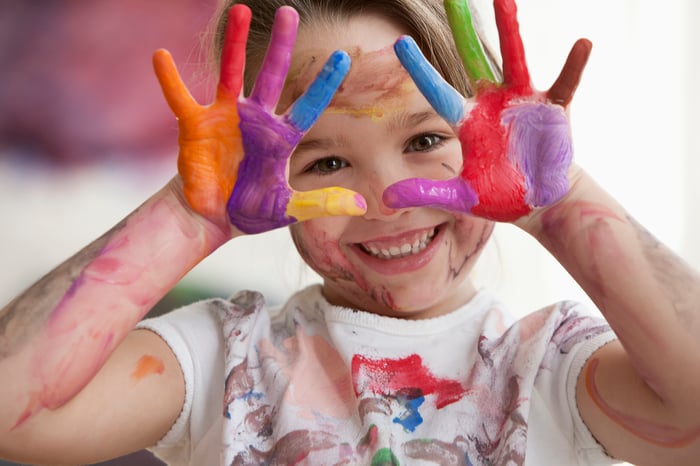 Apollo's offer represents a 47% premium to the price the stock was trading at on Feb. 26, the day before speculation broke about it being bought out, but also a 78% premium to the 90-day volume-weighted average price.

Michaels does have a 25-day go-shop period where it can seek out a better offer and accept it without penalty, but the crafts store has had a hit-or-miss journey since its IPO in 2014.

Even at that time, there wasn't much enthusiasm for its business, and its private-equity owners ended up pricing the stock at the lower end of the expected range.

Apollo apparently believes it can help the arts and crafts retailer do better at turning around its operations. Michaels board chairman James Quella said in a statement, "The Company's impressive growth transformation, including our financial and operational performance in the unprecedented environment of the pandemic, led to an unsolicited offer to buy the company."

Yet the same issues of a highly competitive marketplace and the even stronger e-commerce challenge could pose a problem. But private-equity firms don't get into investments with an eye toward holding them long term, so the likelihood Michaels goes public again is high.