Please ensure Javascript is enabled for purposes of website accessibility
Log In Help Join The Motley Fool
Free Article Join Over 1 Million Premium Members And Get More In-Depth Stock Guidance and Research
By Anders Bylund - May 11, 2020 at 2:41PM

The maker of adjustable sleep systems hunkered down to tackle the coronavirus challenge, and then it crushed Wall Street's first-quarter estimates.

Shares of Sleep Number (SNBR -5.32%) gained 56.1% in April, according to data from S&P Global Market Intelligence. The maker of adjustable mattress systems took some dramatic cost-savings steps in the second week of April and followed that with a strong earnings report near the end of the month.

Sleep Number's response to the ongoing COVID-19 crisis included furloughing 40% of its workers, reducing work hours for another 30% of the staff, and reducing cash payments to executives and board members in exchange for restricted stock units. The company also halted its share buybacks, drew down $262 million from its revolving credit facilities, and took out a 1-year term loan for another $75 million.

The first-quarter earnings report showed revenues rising 11% year over year to $473 million, while earnings increased by 70% to $1.36 per diluted share. Your average analyst would have settled for earnings near $0.72 per share on sales in the neighborhood of $433 million. Share prices rose more than 30% on April 23 (the day after the report) alone. 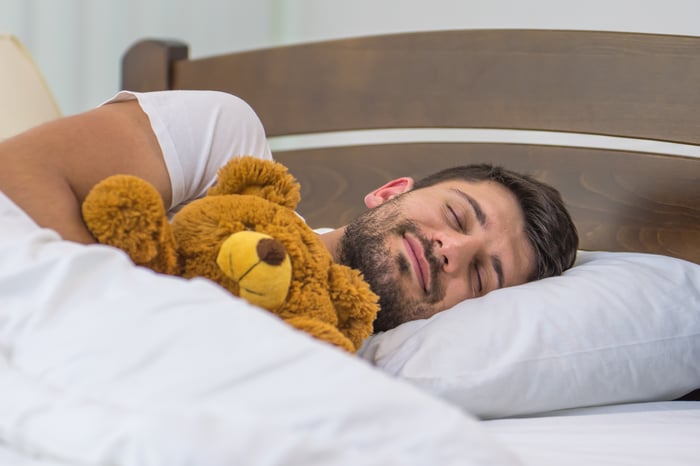 Consumers appear to have improved their bedding systems en masse as the coronavirus pandemic triggered stay-at-home orders. Sleep Number's weekly sales plummeted 80% when government directions forced the company to close 80% of its stores, taking the edge off this report's skyrocketing growth with a sharp drop in the last two weeks of the reporting period. The order flow has since improved to a 50% year-over-year decline, but the second quarter will almost certainly look weak next to the majestic first-quarter performance.

"We expect the existing government-mandated closures to continue to place meaningful pressure on sales through May and to a lesser extent, into June, followed by a gradual recovery in the back half of the year," CEO Shelly Ibach said in the earnings call. "We are doing everything in our power, financially, strategically, and operationally to effectively navigate through this crisis, continue to keep our team and customers safe and help our communities achieve higher quality sleep."

Sleep Number's stock has more than doubled from the multiyear lows it recorded in mid-March, but it also stands 36% below February's all-time highs. Fellow Fool Rick Munarriz says that Sleep Number has passed this test of financial fortitude. Shareholders should be able to sleep soundly for years to come.