Please ensure Javascript is enabled for purposes of website accessibility
Log In Help Join The Motley Fool
Free Article Join Over 1 Million Premium Members And Get More In-Depth Stock Guidance and Research
By John Ballard – May 12, 2020 at 11:22AM

One of the company's biggest franchises is having a record year.

Activision Blizzard's (ATVI -2.70%) Call of Duty franchise hasn't experienced this much momentum in years. After three big releases in the last year, the Activision segment, which comprises about a third of the business, grew revenue by 64% year over year in the first quarter.

Since October, Activision Blizzard has released two free-to-play titles -- Call of Duty Mobile and Call of Duty: Warzone -- to go along with the premium release, Call of Duty: Modern Warfare, on console and PC. The strategy to release more content led to a significant jump in monthly active users over the last two quarters for Activision Publishing.

The momentum in Call of Duty is broad-based across mobile, console, and PC, which sets the company up for solid performance this year. 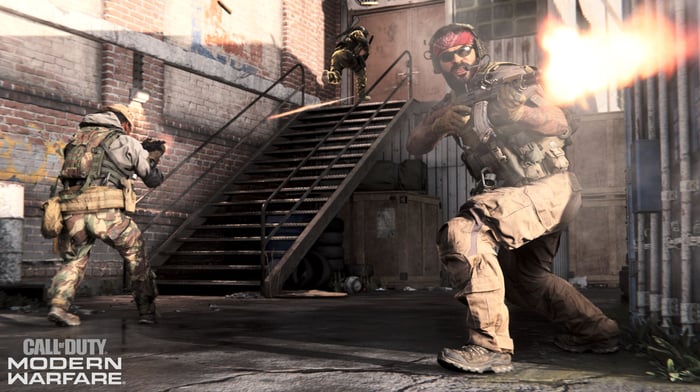 Call of Duty is an ecosystem of experiences

There are now more than 100 million monthly active users engaged with Activision Publishing's titles, more than double the amount in the third quarter of 2019. The developers made substantial changes with Call of Duty: Modern Warfare to improve the playing experience, with the goal to grow the player base. The most important thing Activision did, other than offer a Call of Duty experience for free, was to add cross-platform play so that players on console can play with others on PC.

As players have been holed up at home, the release of Warzone on March 10 "took the franchise to new highs," COO Daniel Alegre said. Call of Duty: Warzone brought in more than 60 million players.

The large player base in Warzone has had a significant impact on sales of Modern Warfare. Alegre said, "We are seeing the free-to-play experience driving strong incremental sales on the premium Modern Warfare title adding to its sales momentum entering the year and rising demand from stay-at-home conditions."

It's apparent that the free-to-play experiences are serving as gateways to steer players to buy the premium Modern Warfare title for $60. But even after buying the game, players are continuing to spend money, as in-game spending more than doubled year over year in Modern Warfare compared to the prior installment in the annual series. 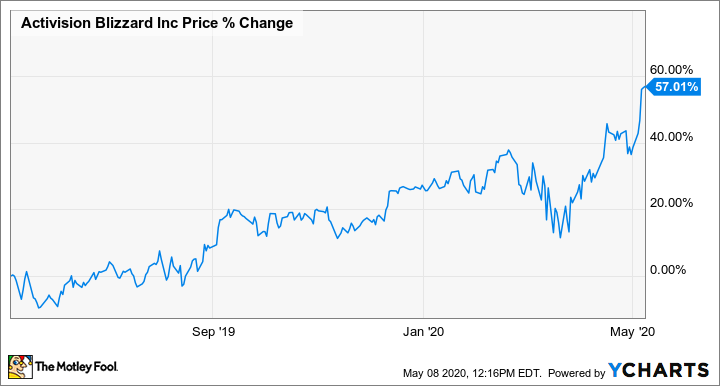 Record year for Call of Duty

Call of Duty originally launched in 2003 and delivered impressive growth in the early years, and management has clearly pushed the right buttons to stretch the game's reach to new geographies, widening the player base. Alegre said, "We expect Modern Warfare's net bookings this year to be the highest for a Call of Duty game in the year after launch."

On top of that growth, CEO Bobby Kotick confirmed that the company is on track with new releases this year, including the next premium Call of Duty title expected to release in the second half of 2020.

And more content is coming for existing titles. In the second quarter, Activision will release two seasons worth of in-game content for Modern Warfare and Warzone, which is double the amount from the first quarter. Plus, Activision just released a remastered version of Call of Duty: Modern Warfare 2 (2009) on console and PC. The development team will continue to work on new features and in-game events for Call of Duty Mobile.

The engagement in existing titles and the new content releasing later this year caused management to raise its full-year outlook. Activision Blizzard's revenue and earnings are expected to increase by 8% and 13%, respectively, over 2019.

This video game stock has been hitting new highs during the COVID-19 outbreak, but it will be important to see if Activision Blizzard can apply learnings from Call of Duty to other franchises, such as Overwatch. If it can do that, the next decade should be very rewarding for investors.