Please ensure Javascript is enabled for purposes of website accessibility
Log In Help Join The Motley Fool
Free Article Join Over 1 Million Premium Members And Get More In-Depth Stock Guidance and Research
By Rick Munarriz – May 12, 2020 at 10:10AM

It's been more than a month since the launch of Quibi, and it's now fair to say that the star-studded streaming service with a different but perhaps too quirky business model is a flop. In a New York Times interview published Monday, Quibi founder Jeffrey Katzenberg detailed the premium platform's initial shortcomings.

Katzenberg lays the blame for Quibi's slow start squarely on the shoulders of the coronavirus pandemic. The service is entertaining just 1.3 million active users despite springing for Super Bowl ads earlier this year and a murderers' row of short-form content. Social media is blasting Katzenberg for his comments, especially since Netflix (NFLX -4.49%), Roku (ROKU -1.66%), and Disney's (DIS -2.60%) namesake service are seemingly thriving in the new normal. Katzenberg isn't entirely off the mark in playing up the pandemic that's been a tailwind to larger platforms as a headwind for Quibi, but it also doesn't hurt to recognize that the model was going to be flawed anyway. 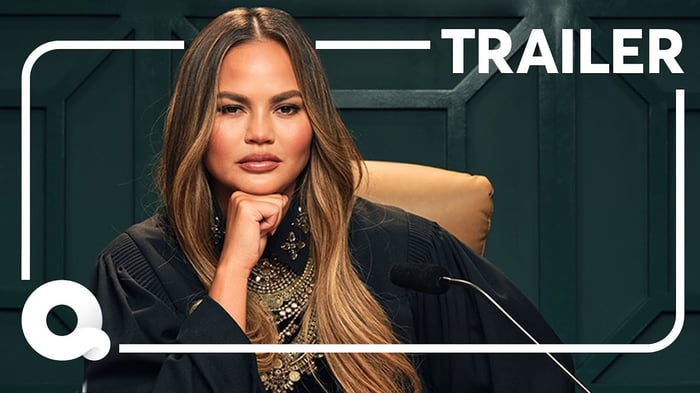 Quibi launched on April 6 with a bizarre model. Quibi -- short for "quick bites" -- loaded up on short episodes of original shows and exclusive movies doled out in tapas-sized chapters. There's nothing wrong with specializing in short-form content. YouTube and TikTok are proof that there's a market out there of folks who want a quick burst of entertainment.

However, YouTube and TikTok are free platforms. Quibi hit the market as a premium offering charging $4.99 a month, with viewers still having to put up with ads. The ad-free plan costs $7.99 a month. Quibi also made the gutsy move of being a mobile-first platform, initially available only for iOS and Android devices. It was meant for commuters or folks on work or school breaks with about 10 minutes to spare, and on that front it's fair for Katzenberg to blame COVID-19. Folks are at home, and they have a lot more time on their hands, and that's in the sweet spot of what Netflix and Disney+ can offer. The average Roku user is streaming more than 3.6 hours a day of content.

However, there is still a lot of blame that should fall squarely on Quibi's plate. When it launched with a 90-day free trial for anyone signing up before the end of April and then switched to a 14-day complimentary trial, some assumed that was a good sign. We now know that it wasn't. Katzenberg says that the app was downloaded 3.5 million times, and since everyone is in theory on a free trial, it's shocking that nearly two-thirds of them are no longer active users.

Katzenberg suggests that Netflix also didn't have a good first month with signups when it launched, but that was 13 years ago, when you needed a PC or an Xbox to stream its then-lean catalog. If anything, the slow start to Netflix on the streaming front was because it limited its audience to specific devices, a mistake that Quibi is repeating. When Disney+ launched in November across essentially all devices, it had 10 million members signed up the very first day.

You don't get a second chance to make a first impression, and that's why Quibi is doomed here. It's no longer a hot app download. It doesn't have a large enough audience to create a mainstream hit the way that Disney+ did with The Mandalorian out of the gate or Netflix does every few weeks with a new franchise. Quibi is starting to tweak the model. It's starting to make some of its content available outside of the mobile app. Unfortunately it's too little too late. Consumers are back to their earlier streaming platforms or eyeing the pipeline to see if the next major launch will stick its landing. Folks that didn't sign up when they could have gotten three free months aren't going to give the current 14-day trial a shot. Content consumers have pride, you know.

If you're a premium service limited to small screens, it doesn't matter if you have big stars including Chrissy Teigen, Sam Raimi, and Sophie Turner in your lineup. The coronavirus crisis didn't help, but it's not the only or even the main reason why Quibi is failing.