Please ensure Javascript is enabled for purposes of website accessibility
Log In Help Join The Motley Fool
Free Article Join Over 1 Million Premium Members And Get More In-Depth Stock Guidance and Research
By Rich Smith – May 12, 2020 at 3:02PM

The latest round of bonuses suggests Walmart's staff has grown nearly 7% in two months.

Two months into the coronavirus pandemic in the U.S., Walmart's (WMT -2.50%) role as the nation's biggest grocer remains as essential as ever. To reward its employees for their hard work, today Walmart announced a second round of $300 cash bonuses for full-time employees. 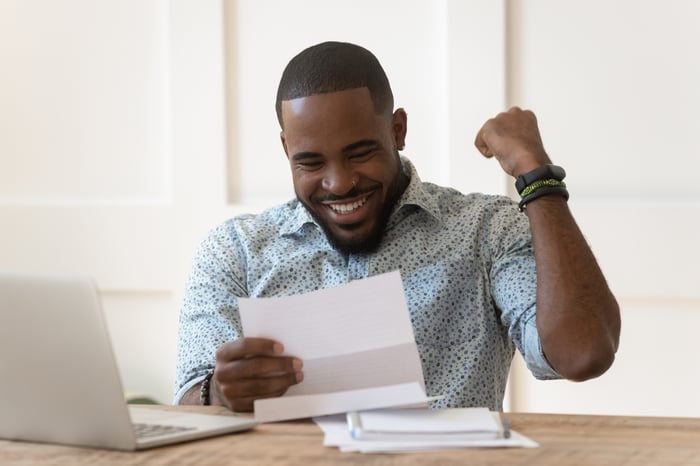 In a press release, Walmart noted that the total cost of this round of bonuses will come to $390 million. The company paid a first round of bonuses in April -- also $300 and $150, respectively -- which only totaled $365 million in cost because the company had fewer employees then. It therefore appears that in just the past two months' time, Walmart's hiring drive has increased total staff by some 6.8%.

Walmart also paid out a Q1 bonus on April 30 of $180 million. That means Walmart has now paid or committed to pay its employees bonuses in excess of $935 million this year.

"We are so grateful to our associates for being there for customers and members during this difficult time, serving communities across the country," said Kathryn McLay, President and CEO of Walmart's wholesale chain, Sam's Club. "Our associates' efforts have been exactly what the country needed during this historic and uncertain time. They've made a real difference."