Please ensure Javascript is enabled for purposes of website accessibility
Log In Help Join The Motley Fool
Free Article Join Over 1 Million Premium Members And Get More In-Depth Stock Guidance and Research
By Stephen Lovely – May 12, 2020 at 11:05AM

When a big chunk of subscriber payments go toward nothing at all, who -- if anyone -- gets a refund?

New York State Attorney General Letitia James wants to see some money change hands. James recently called on cable and satellite companies to slash their customers' bills to reflect the fact that COVID-19 has eliminated virtually all live TV sporting events. James has a point, because there's a fair bit of money involved here: As tech industry competitors have played pied piper to fans of movies and TV shows, the legacy pay-TV (cable and satellite) business has become increasingly reliant on sports. Sports account for a huge chunk of the typical customer's pay-TV bill, and right now that money is being paid by subscribers in return for almost nothing at all. 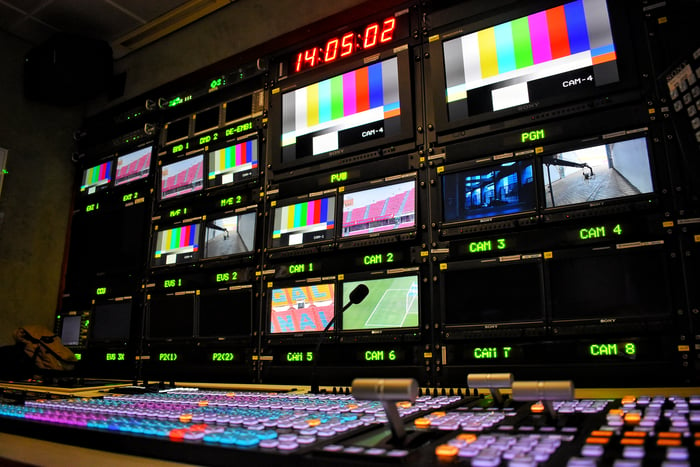 Pay-TV services lose content from time to time for various reasons. Events get canceled, shows go off the air, and carriage disputes can lead to whole networks going dark. What makes the current situation such a big deal are two things: First, the scale of this crisis means that virtually all major sporting events are being lost at once (sports fans got a live NFL draft broadcast, but they're missing MLB, NBA, and NHL games). Second, sports broadcast rights are really, really expensive.

Subscription video on demand (SVOD) services like Netflix and its entertainment- and tech-backed peers are the most popular sort of streaming service in the cord-cutting era, and such services don't have live sports (or live anything, for that matter). What's more, sports fans tend to watch sporting events live, which means that sports are fairly "DVR-proof" and very appealing to advertisers. As a result, sports have become critical to pay-TV networks. As of 2017, ESPN was getting around $7 out of a typical customer's cable bill (and that was just the one network -- ESPN 2 and the rest of the gang accounted for another couple of bucks).

ESPN's rates went up from their 2011 levels to meet that 2017 measurement, and the rising prices reflect the growing importance of sports to the networks. But while high prices are certainly good for ESPN, the value of sports also means that networks like ESPN and FS1 are turning around and paying sports leagues big bucks for the broadcast rights that help drive their own high prices. Those broadcast rights are pricey and getting pricier. League TV deals are projected to get even more expensive as they're renewed in the next year or two (one deal, between MLB and Fox, is already done and matches the predicted trend). And this is happening despite the fact that the leagues in question are currently not playing any games.

This is the part of the equation where at least a little wiggle room can be found. Networks are not expecting full refunds, and they'll be paying sports organizations whether or not the games take place. But they likely won't pay the full amount. For example, the cancellation of March Madness led to some complicated financial fallout and made the fine print of CBS Corporation (NASDAQ: VIAC) and Turner Sports' huge contract with the NCAA newly relevant (Turner Sports is owned by AT&T's WarnerMedia). Even putting aside any potential changes in the contract that the parties may yet agree to, the contract as written reportedly includes some details that would save CBS and Turner Sports at least a little. Still, the companies appear to be on the hook for the bulk of the roughly $800 million that the contract costs each year.

Now that sports are all but off the air, it's not just non-sports fans who are wondering why sports channels are so darn pricey.

James' call for pay-TV providers to reimburse customers makes some sense. Pay-TV customers are paying top dollar for sports content that they simply aren't receiving. But we're a few steps away from any refunds to end users. The very pay-TV providers that James is calling upon for refunds are, as of this writing, not enjoying any unusual income from the sports situation. They're still charging the usual prices, but they're saving relatively little on affiliate fees.

If cable and satellite companies offer rebates to customers without getting rebates from sports networks, they will of course lose money. On the other hand, if cable and satellite companies facilitate a chain reaction of refunds from sports networks to customers, they'll make customers happy at sports networks' expense. It's easy to see why Altice USA CEO Dexter Goei would say that he and Altice are "in complete agreement with the New York AG." (Goel made the comments on Altice's first-quarter 2020 earnings call.) Saying that Altice is in discussions with sports networks regarding possible rebates on affiliate fees, Goei expressed optimism that some sort of rebate would be coming down the pike.

Verizon (VZ 1.66%) executive Erin McPherson has echoed that sentiment. "We don't want to charge our customers for content they aren't watching and receiving," she told The New York Times.

But what about the sports networks? Like the pay-TV providers, they aren't necessarily pocketing much extra money thanks to this crisis. While some things may have changed (incentive-based payments, for example, would be unreachable without broadcasts), the sports networks are still paying the leagues for broadcast rights to sporting events that don't exist. So the sports networks, too, have to seek relief in order to give it. Comcast -- which is both a pay-TV provider and the owner of NBC Sports, which has sports broadcast contracts with (among other entities) the NHL -- is reportedly working on deals to get relief on its very real payments for non-existent sports. Other networks are, too.

But these discussions will presumably hinge not only on what the leagues are able or willing to offer, but also on when, if, and how the sports leagues will return. If sports are back soon, this problem will shrink fast. If months and months more are lost, then the problem -- and the negotiations -- will only grow stickier.

Altice's Goei, along with others, is confident that Altice will be able to hammer out a deal that delivers some amount of relief to customers. But consumers shouldn't hold their breath for a big bailout. There are a few degrees of separation between end users and the leagues that were supposed to be providing these live TV sporting events. And the leagues have financial concerns of their own -- TV money goes to players and other employees, after all. (Some reports suggest that the financial situations of teams and leagues as pretty dire, but some experts are quick to point out that team owners have a long-standing history of painting misleading pictures of their finances in the context of labor disputes and government subsidies -- both of which are in play during this crisis.)

The complex situation seems likely to result in some kind of rebate to customers, but it would be pretty surprising if the process somehow led to a refund or rebate worth anything near the amount that legacy pay-TV customers pay each month for sports content.