Please ensure Javascript is enabled for purposes of website accessibility
Log In Help Join The Motley Fool
Free Article Join Over 1 Million Premium Members And Get More In-Depth Stock Guidance and Research
By Keith Speights - Updated May 13, 2020 at 8:20AM

Gravity could kick in for this high-flying biotech stock. But, then again, it might not.

What's the hottest stock on the market right now? Novavax (NVAX 2.68%) is definitely in the running. Coming into this week, Novavax shares were up more than 370% year to date. But after a big announcement on Monday evening, the stock really took off.

Can Novavax's sizzling momentum continue? Or is the biotech stock way too hot to handle after skyrocketing more than 900% so far in 2020? 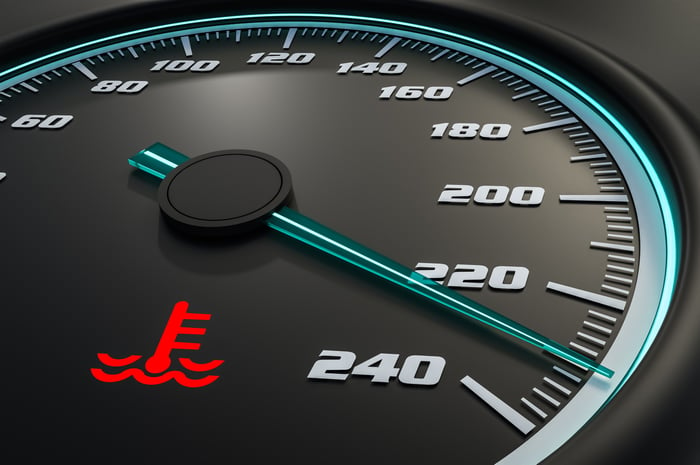 Positive pipeline news and big external investments are like rocket fuel for small biotechs. And Novavax has filled up with both types of rocket fuel in recent months.

Anticipation was already building early in 2020 for Novavax's experimental flu vaccine NanoFlu. In January, the FDA granted Fast Track Designation for NanoFlu in immunizing older adults against influenza. This designation could enable Novavax to submit its regulatory filing for NanoFlu on a rolling basis as data is available for each section of the application. It also opens the possibility that the vaccine could be reviewed in six months by the FDA instead of the standard 10-month review.

Fast Track Designation wouldn't have helped Novavax at all, though, if NanoFlu flopped in late-stage testing. The good news for the biotech was that the experimental vaccine proved to be tremendously successful. Novavax announced in March that NanoFlu achieved all of its primary endpoints as well as key secondary endpoints in a phase 3 study comparing it against Sanofi's leading flu vaccine FluZone Quadrivalent.

Meanwhile, Novavax had another potential growth driver waiting in the wings. The company announced in late February that it was evaluating multiple nanoparticle COVID-19 vaccine candidates in preclinical testing to select the best candidate to advance to clinical studies. Within a couple of weeks, Novavax received a $4 million grant from the Coalition for Epidemic Preparedness Innovations (CEPI) for its COVID-19 vaccine testing.

But that turned out to be just the tip of the iceberg. Just two days ago, CEPI added up to another $384 million to its funding for Novavax's COVID-19 vaccine program. It marked the biggest single investment to date by CEPI.

Novavax now has at least two candidates in its pipeline that could have massive market potential. Let's start with NanoFlu. Sanofi made over $2 billion last year from its influenza vaccines. And NanoFlu appears to be better than existing vaccines based on its higher antibody response.

Could NanoFlu rake in $2 billion per year? It could perhaps get close to that level. At least one analyst projects peak annual sales for NanoFlu could reach $1.7 billion. A much more pessimistic estimate is peak sales of around $550 million.

That could be chump change if Novavax's COVID-19 vaccine proves to be the most effective at immunizing against the novel coronavirus. Johnson & Johnson has stated that if it's successful with its COVID-19 vaccine, it would make the vaccine available at a cost of as little as $10 per dose. If only 1 billion people worldwide received the vaccine, that would total $10 billion.

It appears that the novel coronavirus could be like the flu and require seasonal immunization. If so, a company that successfully develops a safe and effective COVID-19 vaccine could be looking at annual sales of at least $10 billion. However, if multiple drugmakers develop equally effective COVID-19 vaccines, the market share would be split among the different companies.

And we haven't even touched on Novavax's former lead pipeline candidate, ResVax. The respiratory syncytial virus (RSV) vaccine has been unsuccessful in a couple of late-stage clinical studies. But Novavax still thinks there's an opportunity for ResVax.

Too hot to handle?

Novavax's market cap stands at around $2.2 billion after its huge gains so far this year. Has the stock gained too much too fast? I don't think so.

If we split the difference between the optimistic and pessimistic projections for NanoFlu, Novavax could be looking at annual sales of more than $1.1 billion for its flu vaccine. Biotech stocks often trade at four or more times sales. It doesn't take a big stretch of the imagination to see Novavax stock doubling from this point.

The real wild card is Novavax's COVID-19 vaccine. Make no mistake, CEPI's latest funding means that Novavax isn't a dark horse in the race to develop a novel coronavirus vaccine. The company could even be viewed as being neck-and-neck in the lead position. Success for Novavax's COVID-19 vaccine in clinical testing would probably cause its shares to soar over time even more than it has in 2020.

In my opinion, Novavax isn't too hot to handle right now. Granted, it's still early for NanoFlu and really early for the company's COVID-19 vaccine candidate. But if you're an aggressive investor who doesn't mind making a gamble every now and then, Novavax could still be right up your alley.