Please ensure Javascript is enabled for purposes of website accessibility
Log In Help Join The Motley Fool
Free Article Join Over 1 Million Premium Members And Get More In-Depth Stock Guidance and Research
By Rich Smith - May 13, 2020 at 5:32PM

A move from California to Texas wouldn't be an unqualified good for Tesla.

Shares of electric car stock Tesla (TSLA -2.62%) slumped more than 5% in early trading Wednesday before paring its losses to close the day down 2.3%.

Granted, most stocks closed the day down Wednesday -- the S&P 500 Index lost 1.75%. But Tesla's decline in particular was interesting given the context of what's happening with the company in California...and in Texas. 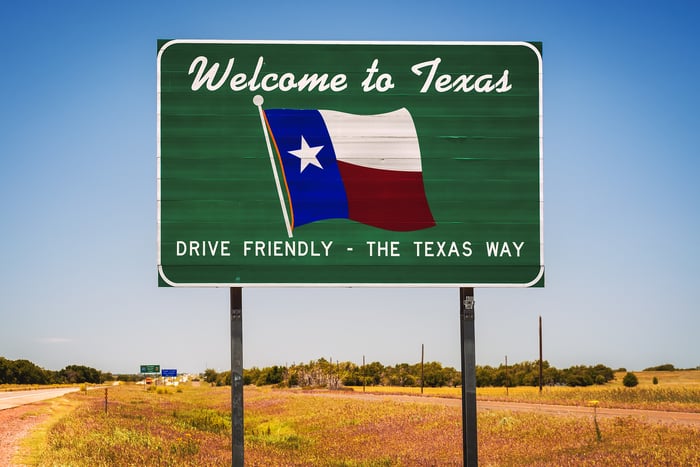 You've probably heard about the troubles Tesla is having in California lately. In March, the state government ordered the company's Fremont car factory closed out of concerns over coronavirus. Last week, CEO Elon Musk began making plans to open operations back up, and yesterday, President Trump threw his Twitter weight behind the idea, encouraging Musk to "open the plant, NOW!" despite California not yet having given its approval to such a move.

At the same time, Texas is trying to woo Tesla to relocate its operations a bit to the south and east of California, and as Reuters reported this morning, Musk is now talking with Texas Governor Greg Abbott about potentially moving his car factory to the Lone Star State.

Making that move might sound like a good idea to Musk -- after all, he already has a Texas operation set up for his SpaceX space company, which is building its shiny new Starship space vehicle in Boca Chica -- but a move to Texas wouldn't be an unalloyed boon to Tesla.

According to the independent nonprofit Tax Foundation, a tax policy advisory organization, California ranks 48 out of 50 states for "overall" business climate, while Texas is a much friendlier place to do business -- ranking No. 13 on the Tax Foundation's list.

The prospect of Tesla moving itself into a new tax-regime state may be making it harder for investors to gauge the net effect on Tesla's bottom line -- and that could be what's giving investors pause about investing in Tesla today.