Please ensure Javascript is enabled for purposes of website accessibility
Log In Help Join The Motley Fool
Free Article Join Over 1 Million Premium Members And Get More In-Depth Stock Guidance and Research
By Rhian Hunt – May 14, 2020 at 3:24PM

Sources closely involved with the two companies claim that Grubhub (GRUB) and Uber (UBER 2.53%) are currently trying to hash out a sale price as Uber attempts to buy up Grubhub in the midst of the COVID-19 pandemic. Grubhub is still declining to reveal if it actually intends to sell itself, though the company remarked "consolidation could make sense in our industry" in a statement, according to Reuters.

According to the sources, Uber wants to acquire Grubhub for around $6 billion, basing the deal on a share valuation that makes each Grubhub share worth 1.9 Uber shares. Grubhub, on the other hand, apparently wants each of its stock to equal 2.15 Uber shares. The Uber price would value Grubhub shares at around $62 apiece, while Grubhub's valuation pegs them at roughly $70 each. 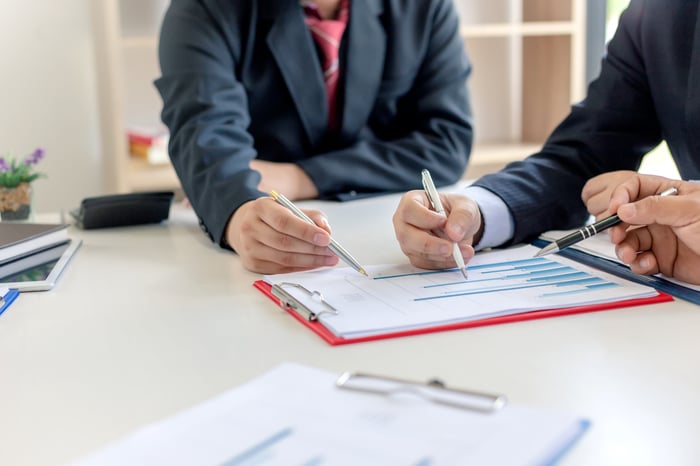 It's still impossible to say whether the two companies are moving toward a compromise. Some observers speculate that Uber needs to balance the possibility of getting a better acquisition deal in the future against the chance a rival might snap up Grubhub in the meantime. CEO Jesse Reyes of equity advising firm J-Curve Advisors noted that Uber could "wait a bit longer and probably get them cheaper. But it could be that you have a lot of cats circling the same bowl."

Any deal might also have to clear potentially formidable regulatory hurdles before being finalized. However, Uber appears to be raising cash, with a $900 million bond sale yesterday selling five-year notes with a 7.5% yield. Uber says the net proceeds will be used for purposes that "may include potential acquisitions and strategic transactions."