Please ensure Javascript is enabled for purposes of website accessibility
Log In Help Join The Motley Fool
Free Article Join Over 1 Million Premium Members And Get More In-Depth Stock Guidance and Research
By Neil Patel – May 14, 2020 at 10:13PM

Why the ride-hailing company’s success ultimately depends on unit economics.

The past couple weeks have been a roller coaster ride for Uber (UBER 1.88%). Since April 29th, its stock price fell more than 12% in a matter of days before rising 20% during the following seven trading days ending May 13th. While the company has been hit hard by the coronavirus pandemic with global bookings in April down 80% compared to the prior year, Wall Street viewed its recent earnings report favorably due to a renewed focus on cost-cutting and profitability.

I believe Uber will be able to weather the crisis, but investors should be cautious when deciding to add this tech stock to their portfolios. 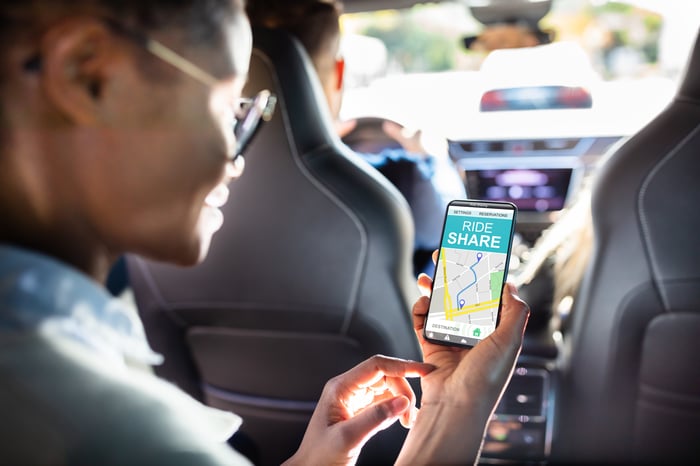 The most recent quarter that ended March 31st was a very eventful one. Uber reported a $2.9 billion loss, more than double consensus analyst estimates. The company also received a lawsuit from the state of California regarding the classification of its driving partners, an issue that has plagued Uber even before its IPO. Furthermore, the company announced a reduction of 14% of its workforce, consisting of 3,700 employees in customer support and recruiting teams. With these measures, Uber forecasts annual savings of $1 billion in fixed costs.

This is not all bad news. On the earnings call, CEO Dara Khosrowshahi stated that "reaching profitability as soon as possible remains a strategic priority for us." Additionally, he thinks the Rides business has bottomed. "We've seen week-on-week growth globally for the past three weeks. This week is tracking to be our fourth consecutive week of growth." It's easy to see how a complete economic shutdown can affect Uber, but I think the company is taking advantage of an adversarial situation to tighten operations and move in the right direction.

A platform business with high variable costs such as Uber must achieve favorable unit economics to thrive. This is something prospective investors should focus on. The company's operating loss per trip increased from $0.67 in Q1 2019 to $0.76 in Q1 2020. When a business scales, the goal is for operating leverage to take over as costs remain stable while revenue grows, leading to profitable growth. Unfortunately, Uber's operating losses per ride have actually widened.

It's not exactly obvious how this will play out. Can Uber raise prices for riders? Can it pay drivers less? Can they completely eliminate the driver incentives and consumer discounts and promotions that are so paramount to attracting users onto its platform? These are big question marks that I don't think can easily be answered. There's too much uncertainty to make an accurate assessment.

Although Khosrowshahi might be optimistic about his company reaching profitability soon, there are some tough challenges facing Uber. As I mentioned earlier, the lawsuit imposed by the state of California is a new roadblock the company must deal with. According to The New York Times, city and state attorneys in California believe they are going to win against Uber. This could lead to other states following California's lead and imposing their own regulatory battles with Uber. This will undoubtedly increase the already high regulatory and legal costs for the company, potentially delaying the path to profitability.

Uber provides a significant customer value proposition and an important service to society, both necessary ingredients for a long-term investment. However, I think there are risks involved that force me to place Uber in the "too hard" pile. In addition to the constant barrage of regulatory issues, the company operates in an intensely competitive space. Uber's Rides business not only competes with numerous other ride-hailing offerings worldwide, but also with other transportation methods like car ownership and usage, public transportation, and even walking. And then you have to consider new entrants like Tesla and Alphabet, whose focus on autonomous driving could change the whole dynamic of the industry.

Uber Eats and Freight, its on-demand marketplace connecting shippers and carriers, are fast-growing segments, both growing revenues north of 50% in Q1 of this year compared to the same period last year. The coronavirus pandemic has accelerated the adoption of food delivery, and Uber has taken notice by making a takeover offer for Grubhub (GRUB) in an attempt to bolster its offering. But even these businesses face heavy competition and are still currently small pieces of the overall Uber pie. While Uber is clearly the market leader in the budding ride-hailing industry, it's too early to tell how everything will play out. With a market cap exceeding that of Ford and GM combined, it's probably best to skip this ride.