Please ensure Javascript is enabled for purposes of website accessibility
Log In Help Join The Motley Fool
Free Article Join Over 1 Million Premium Members And Get More In-Depth Stock Guidance and Research
By Jon Quast – Updated May 14, 2020 at 11:50AM

Given the stock's incredible rally, it's not surprising to see it give a little back.

Shares of United Natural Foods (UNFI 1.87%) were giving back some of yesterday's gains while market averages headed lower as well. As of 11:30 a.m. EDT, the stock was down 17%. 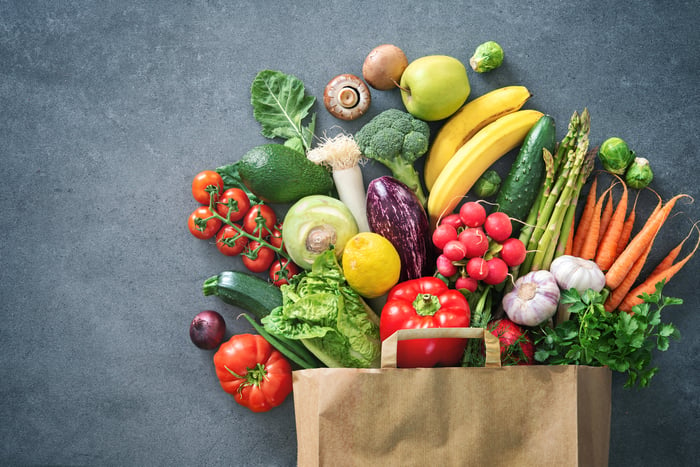 In this time of economic uncertainty, investors are seeking "safe" investments. As a food supplier for grocery stores, United Natural Foods is perceived as one of those havens. Not only did the stock pop yesterday, but shares hit fresh 52-week highs. Moreover, the stock had more than quadrupled from March lows.

As United Natural Foods stock falls today, investors need to remember that nothing has changed with the business since yesterday. While shareholders don't like to see sharp drops, it's not surprising for the stock to give back some gains after its incredible recent run. 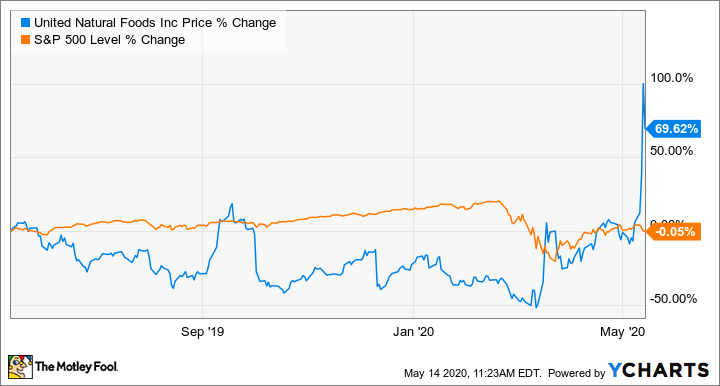 Consumers have stocked up on grocery items -- sometimes called "pantry packing" -- for a variety of reasons. Some of it is because many restaurants are closed due to the COVID-19 pandemic, so people are cooking at home. Some consumers are also concerned the U.S. food supply chain could break, and therefore they're stocking up in preparation for a worst-case scenario.

While consumer-staple spending is considered nondiscretionary, not everything is equal. Consider that certain items, like toilet paper, are likely being used at the same rate as before. Therefore, sales will likely fall in coming months as hoarded stock gets consumed. Sales haven't increased; they've merely been pulled forward.

Other sales have legitimately increased, even if they regress to the norm postcoronavirus. Products supplied by United Natural Foods fall into this category. Because it is a supplier of fresh produce and other perishable items, its products must be consumed.

Once restaurants fully reopen, one would expect grocery sales to revert to normal, along with United Natural Foods' business. But in the meantime, increased demand could lead to a bump in profitability. That extra cash could be used to more quickly pay down debt related to its acquisition of SUPERVALU, among other things. If I were a shareholder, I'd be encouraged by this even if the stock is down today.