Please ensure Javascript is enabled for purposes of website accessibility
Log In Help Join The Motley Fool
Free Article Join Over 1 Million Premium Members And Get More In-Depth Stock Guidance and Research
By Zhiyuan Sun – May 15, 2020 at 11:43AM

No matter how much courage an investor has, investing in cheap stocks that have pending whistleblower lawsuits against them just isn't a good idea.

At first glance, Vanda Pharmaceuticals (VNDA -1.45%) appears to be an ideal stock for value investors. The company has a massive cash balance with no debt, its revenue and earnings are growing rapidly, and it has ample clinical programs in its pipeline. So investors may be puzzled as to why the stock is trading at a mere six times earnings. Isn't Vanda's stock a textbook definition of a great deal that everyone should be on the lookout for?

Well, if something is too good to be true, then it probably is. As it turns out, there's a solid bearish argument that is scaring investors away from the stock. The argument goes something like this:

Is there any validity to these claims? Let's dig deeper and find out. 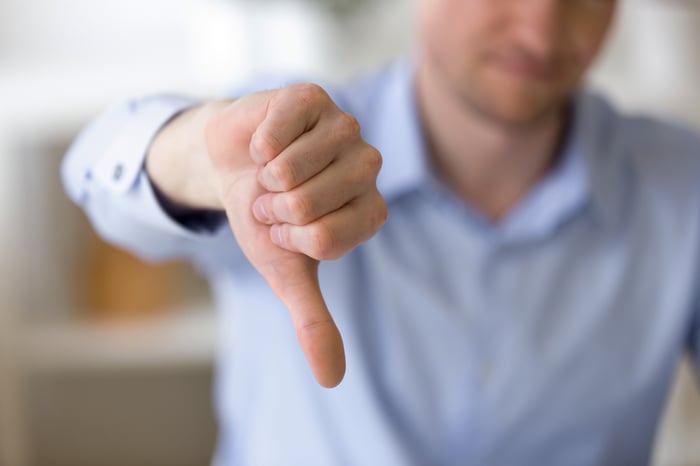 What are Fanapt and Hetlioz?

Fanapt is an antipsychotic agent indicated solely for the acute treatment of schizophrenia in adults. It has a delayed effect and must be titrated slowly for it to work, resulting in a disadvantage compared to similar drugs.

Hetlioz is a regulator of internal sleep cycle and is approved to treat non-24-hour sleep-wake disorder (Non-24) in blind patients without light
perception. This condition can also result from the misalignment of sleep cycles due to factors such as jet lag and shift work sleep disorder. In clinical studies, the company only enrolled totally blind patients suffering from Non-24; Hetlioz was found to increase their sleep time at night by about 30 to 70 minutes compared to placebo, and decreased their sleep time in the daytime by about 20 to 40 minutes, compared to placebo.

Together, the two drugs brought over $200 million in revenue for Vanda last year, representing a 17.6% increase over the year before. In the same period, Vanda's earnings almost quadrupled to $115.5 million due to the products' rising sales.

What are the allegations against the company?

Last year, an unsealed whistleblower suit alleged Vanda violated the False Claims Act, starting in 2015, by aggressive promotion of Fanapt and Hetlioz in unapproved indications. The allegations regarding Fanapt in United States v. Vanda Pharmaceuticals are:

Vanda trained its sales force to market Fanapt to providers as an effective substitute for other atypical antipsychotics that have more expansive indications and are commonly prescribed for bipolar disorder rather than schizophrenia. After convincing a provider that Fanapt was an effective substitute for other atypical antipsychotics, regardless of the condition it was prescribed to treat, Fanapt sales representatives were trained to differentiate the drug from other antipsychotics by promoting Fanapt's safety profile.

Significantly, during their sales pitch, sales representatives were trained to avoid any discussion of schizophrenia, and if brought up by the provider, to steer the conversation back to Fanapt's efficacy and safety profile messaging. Further, the sales goals, physician target lists and incentive compensation plans all demonstrate that Vanda intended its sales representatives to promote Fanapt off-label.

Here are the allegations for Hetlioz:

According to Relator, the marketing scheme for Hetlioz was designed to produce 65 off-label prescriptions beyond Hetlioz's sole indication of Non-24. First, sales representatives were instructed to focus their sales pitch primarily on Hetlioz's ability to treat circadian rhythm disruption. Circadian rhythm disruption is the cause of many sleep disorders, including shift work sleep disorder, insomnia, advanced sleep phase disorder, delayed sleep phase disorder, irregular sleep-wake rhythm, and Non-24, among other conditions.

The case is still ongoing, and Vanda hasn't done the best job of handling investor relations since the lawsuit was unsealed. Currently, there are numerous class action lawsuits pending against the company from shareholders who suffered financial losses due to the report.

What about the company's research efforts?

Vanda has multiple phase 3 clinical trials seeking to expand the labeling for Hetlioz and Fanapt for a variety of conditions; it is also investigating tradipitant, a medication with antidepressant, anxiolytic (anti-anxiety), and antiemetic (anti-nausea) properties. While all drug candidates in phase 3 have a risk of trial failure, there's an additional layer of risk in Vanda's pipeline that most pharmaceutical investors probably never heard of.

In 2018, the Food and Drug Administration imposed a clinical hold on two of tradipitant's proposed clinical studies. In its letter, the FDA noted that Vanda was required to conduct additional tests of the experimental drug's toxicity in animals before it could be tested in humans. In a stunning move, the company decided to sue the agency to rescind the clinical hold decision.

This January, the case was thrown out by a U.S. District Court judge, who agreed with the FDA's assessment that additional animal safety studies were needed, as "existing tradipitant studies in non-rodents contain sufficient troubling indications of toxicity." While the lawsuit is over, the company's relationship with the FDA has arguably been damaged, and may materially impact future New Drug Applications that Vanda submits to the agency.

Is there any hope for the stock?

The good news: Vanda has over $300 million in cash and investments, is growing its revenue by double-digit percentages, is generating over $100 million in earnings each year and has multiple clinical trials in phase 3.

The bad news: Vanda's whistleblower lawsuit is still ongoing, and the company's future relationship with the FDA remains a concern due to its previous lawsuit.

After weighing the two sides, I have to say there are just much better value stocks in the pharma sector that don't have this kind of litigation risk. At a minimum, investors should wait for the dust to settle before thinking of picking up shares of Vanda, as it very well could turn into a value trap.