Please ensure Javascript is enabled for purposes of website accessibility
Log In Help Join The Motley Fool
Free Article Join Over 1 Million Premium Members And Get More In-Depth Stock Guidance and Research
By Rich Smith - May 15, 2020 at 11:36AM

For banks that have lent money to heavily-indebted Intelsat, this could be a good thing.

Intelsat (INTE.Q) warned Congress it might go bankrupt, and now it has.

Satellite communications company Intelsat, the stock of which rocketed to nearly $35 a share on hopes it would reap tens of billions of dollars in "spectrum" cash in late 2018, currently trades for less than $0.50 a share after the company announced Wednesday evening that it has filed a Chapter 11 bankruptcy petition in the U.S. Bankruptcy Court for the Eastern District of Virginia. 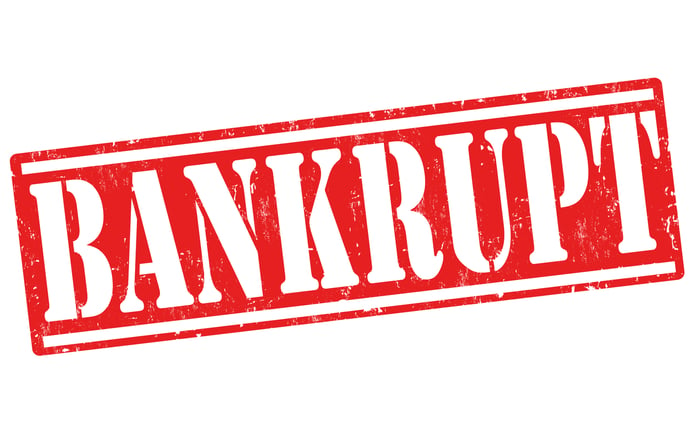 As the company explained, in order to pay the cost of "clearing of C-band spectrum under the Federal Communications Commission order in support of a build-out of 5G wireless infrastructure in the United States" -- a necessary step preparatory to the FCC auctioning off C-band spectrum that is currently leased to Intelsat to other companies that want to use it -- Intelsat needs to raise $1 billion.

Intelsat currently does not have $1 billion, however. (It's got only about $800 million in the bank, not all of which is available to spend on the "clearing" work). Therefore, the company is securing $1 billion in "debtor-in-possession financing" from its lenders in order to complete the clearing work, while working to restructure its existing $14.8 billion debt load to pay back what it can, to those lenders that it can, when it can.

In theory, at least, this bridge loan, combined with other restructuring efforts, should suffice to keep Intelsat alive long enough to participate in the FCC's auction and receive its share of the auction proceeds, which are estimated to be about $4.85 billion. That money would then be used to pay off at least a portion of the company's debt in the bankruptcy proceedings.