Please ensure Javascript is enabled for purposes of website accessibility
Log In Help Join The Motley Fool
Free Article Join Over 1 Million Premium Members And Get More In-Depth Stock Guidance and Research
By Eric Volkman - May 15, 2020 at 8:12PM

Jefferies Financial Group grabs some popcorn and weighs in on the Netflix show.

That's according to investment bank Jefferies Financial Group (JEF 0.20%), which initiated its coverage of the popular streaming video giant on Thursday. Analyst Alex Giaimo placed a $520 per-share price target on the stock, which if met would represent an upside of 14% on the current share price. Giaimo's recommendation on the stock is a buy. 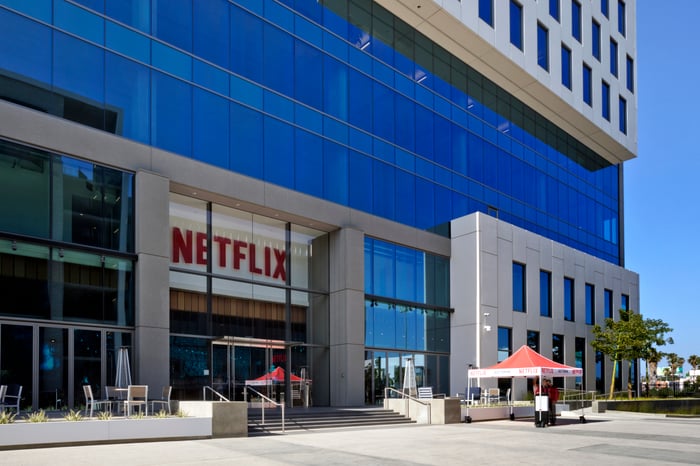 The crux of the Jefferies prognosticator's argument is that Netflix has a very large and still untapped potential customer base. According to Giaimo, the company's "addressable market is vastly underappreciated, providing significant runway for continued double-digit subscriber growth."

According to Giaimo's estimates, this market is to rise to over 850 million people. Broadband and mobile-device-only customers will largely be responsible for this growth. In terms of geography, many new subscribers will come from abroad. Giaimo is estimating that Netflix's international penetration will rise to 28% by 2023, up significantly from the current level of 18%.

Netflix, already one of the most popular entertainment stocks even before the SARS-CoV-2 coronavirus outbreak, has been a bona fide star lately. "Stay at home" mandates aimed at mitigating the spread of the coronavirus have seen a sharp rise in consumer interest for streaming services. Since the beginning of this year, the company's shares have risen by over 40%, while the S&P 500 index has slumped by 11%.

Friday was a positive day for Netflix stock. Similar to the year-to-date dynamic, it outpaced the gains of the top stock market indexes (not to mention many other consumer goods titles) by rising nearly 2.8% on the day.

Eric Volkman has no position in any of the stocks mentioned. The Motley Fool owns shares of and recommends Jefferies Financial Group Inc. and Netflix. The Motley Fool has a disclosure policy.