Please ensure Javascript is enabled for purposes of website accessibility
Log In Help Join The Motley Fool
Free Article Join Over 1 Million Premium Members And Get More In-Depth Stock Guidance and Research
By Eric Volkman – May 16, 2020 at 6:11PM

Yet the amount of total loans has been sliding.

Although American Express (AXP 0.03%) fully expects to start buckling under the weight of an economy straining from the effects of the SARS-CoV-2 coronavirus, the company's latest figures indicate it isn't faltering yet. On Friday the big payment card company released its latest set of monthly loan delinquency and write-off statistics, which appear to be staying level for now.

As of April 30, the percentage of its consumer cardholder loans 30 days past due was 1.7%, matching the previous month's figure, and only slightly worse than February's 1.6%. The dynamic was similar with small business cardholders, with April seeing only a slight uptick to 1.6%; the two preceding months were 1.4% and 1.3%, respectively. 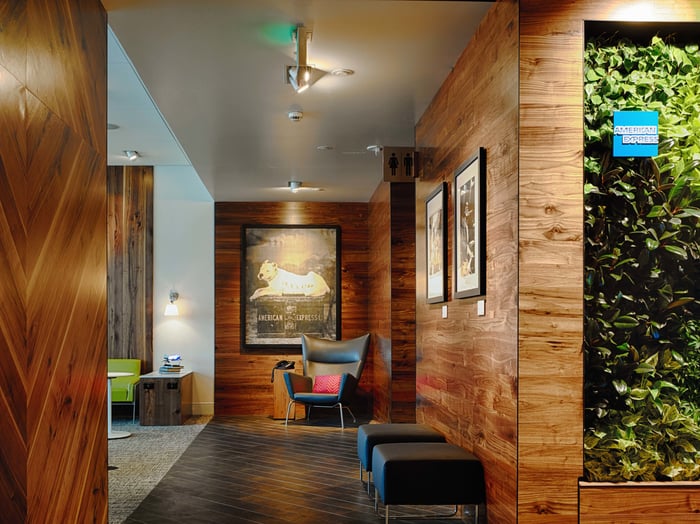 Write-off rates for bad loans are also fairly still. For consumer cardholders they were a respective 2.7%, 2.8% and 2.6% for April, March, and February. As for small business cardholders the figures came in at, again respectively, 2%, 2%, and 1.9%.

One noticeable change, however, was in the total loans outstanding. These fell in both categories, particularly with consumers. April's $50.5 billion was 10% down on a month-over-month basis, and nearly $10 billion under the February level. For small business cardholders, April total loans stood at $12.4 billion, representing a steady decline from March's $13.4 billion, and the $14.0 billion of February.

American Express did not offer commentary on these figures. It's telling, however, that like many banks and other big lenders, the company significantly increased loan-loss provisioning in its most recently reported quarter. This was the main reason American Express' net income fell by 76% on a year-over-year basis in that period.

The company's stock traded down by 1.9% on Friday, in contrast to the gains enjoyed by the broader stock market.