Please ensure Javascript is enabled for purposes of website accessibility
Log In Help Join The Motley Fool
Free Article Join Over 1 Million Premium Members And Get More In-Depth Stock Guidance and Research
By Adria Cimino - May 16, 2020 at 5:51AM

A phase 3 victory for MyoKardia’s lead drug candidate may lead to more wins down the road.

MyoKardia (MYOK) soared 96% this week after reporting its investigational heart drug met primary and all secondary endpoints in a phase 3 clinical trial. The clinical stage biotech company will submit mavacamten for the treatment of obstructive hypertrophic cardiomyopathy (HCM) to the U.S. Food and Drug Administration (FDA) for review early next year.

After such gains, the question is whether the stock can move higher -- now or in the future. MyoKardia has four other treatments for serious cardiovascular diseases in the pipeline, but mavacamten, as its most advanced candidate, likely will be the main catalyst for share movement for a while to come. Let's take a closer look at the drug's potential. 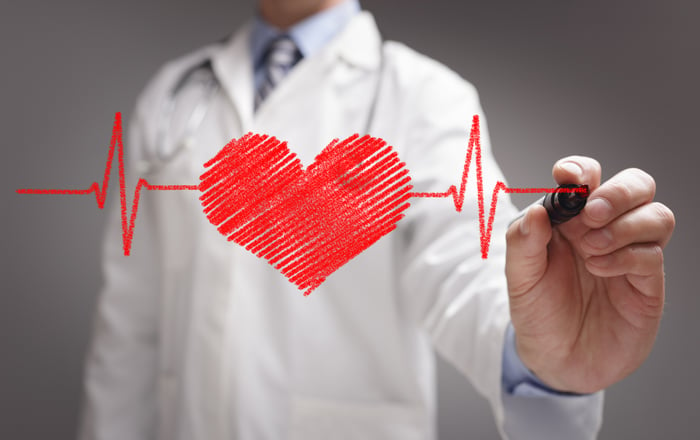 Mavacamten is being studied to treat obstructive and non-obstructive HCM. In this chronic and progressive disease, excessive contraction of the heart muscle leads to a thickening of the heart's walls. As a result, the left ventricle can no longer expand properly, reducing pumping capacity.

The phase 3 trial involved 251 participants who were given either mavacamten or placebo over a period of 30 weeks. The primary endpoint was a functional analysis that measured the drug's performance relative to placebo on symptoms and cardiac function. The secondary endpoints involved measures of shortness of breath, post-exercise left ventricular outflow, and characteristics associated with heart failure. Mavacamten resulted in statistically significant improvement across the board, and the drug was also well tolerated by patients.

In March, the company reported favorable phase 2 data for mavacamten in non-obstructive HCM, a less common and more difficult-to-treat form of the disease. The drug was well-tolerated and showed improvements in biomarkers of cardiac injury and wall stress.

In the case of both obstructive and non-obstructive HCM, treatment options are limited. Doctors try to control the disease with beta blockers, anti-arrythmia drugs, and other therapies to reduce symptoms. Mavacamten works by addressing proteins that control the heart's activity. In the heart's contractile unit, proteins myosin and actin form cross bridges that regulate contraction and relaxation. Mavacamten inhibits excessive cross-bridge formation that results in hypercontractility. About one million Americans are living with HCM, according to the Hypertrophic Cardiomyopathy Association.

In the second quarter, MyoKardia planned on launching a phase 2 proof-of-concept study of mavacamten in a targeted subgroup of patients with heart failure with preserved ejection fraction (HFpEF). Plans are on hold, as the coronavirus outbreak spurred MyoKardia and other companies to delay the start of new trials.

Treatment options also are limited for HFpEF. In this condition, the left ventricle is not able to fill properly with blood during the diastolic, or filling, phase. That means the heart is unable to pump enough blood into the body. About three million Americans have HFpEF.

So far, mavacamten shows promise in both forms of HCM and may hold potential for HFpEF. Though FDA approval, of course, isn't guaranteed when MyoKardia submits the drug for obstructive HCM next year, the company is going into the process with strong data. There is good reason to be optimistic. And the size of the heart failure market offers MyoKardia substantial opportunity. At a compound annual growth rate of more than 19%, it is expected to reach $22 billion by 2028 across eight major markets, according to GlobalData.

Peak sales of more than $2 billion

As for mavacamten specifically, analysts have predicted peak sales in the range of $1.5 billion to more than $2 billion for the treatment of HCM. MyoKardia must be optimistic about sales prospects because the company said last year that it was buying back U.S. royalty rights to mavacamten and a second investigational drug from former partner Sanofi (SNY 2.19%) for $80 million. Sanofi's royalties would have been in the range of 5% to 10%.

With a solid chance for FDA approval of mavacamten in one indication and the possibility of others down the road, it's likely MyoKardia's share gains aren't over. Still, the stock's surge this week brought it 22% higher than Wall Street's average price estimate.

It's clear some of the good news is priced in at this level, but mavacamten's full potential -- including additional approvals in the future -- may not be. If you are a long-term biotech investor with some risk tolerance, and you like betting on promising clinical stage companies, you may consider adding the shares to your watchlist and buying on weakness.