Please ensure Javascript is enabled for purposes of website accessibility
Log In Help Join The Motley Fool
Free Article Join Over 1 Million Premium Members And Get More In-Depth Stock Guidance and Research
By Daniel Foelber - May 18, 2020 at 9:43AM

Is BP’s 11% dividend yield too good to be true?

Royal Dutch Shell's historic 66% dividend cut has paved the way for its British rival, BP (BP 1.29%), to secure the crown as the oil major with the highest dividend yield.

BP management recently reaffirmed their decision to keep the quarterly dividend unchanged as of Q1 2020, meaning BP's dividend yield stands at a whopping 11.3% as of this writing. Let's analyze BP's financials and weigh its strengths and weaknesses to determine the reliability of the company's dividend, the long-term potential of its stock, and whether the stock is a buy. 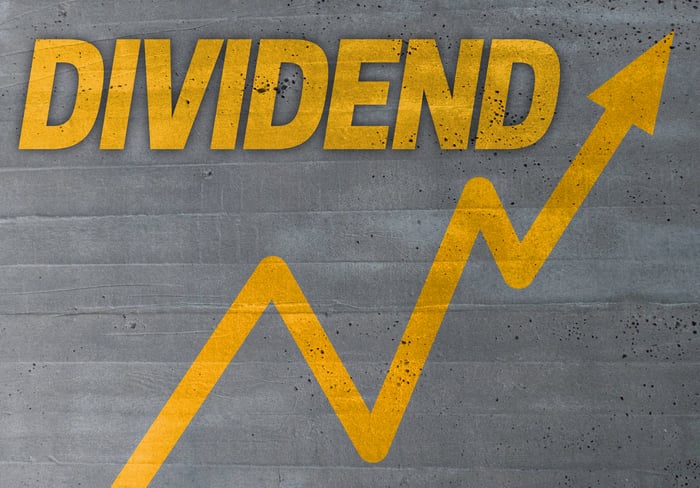 Unfortunately for BP, the company has the highest debt-to-capital and debt-to-equity ratios among its peers, two crucial financial metrics that indicate BP's dependence on debt, not cash flow and equity, to run its business. 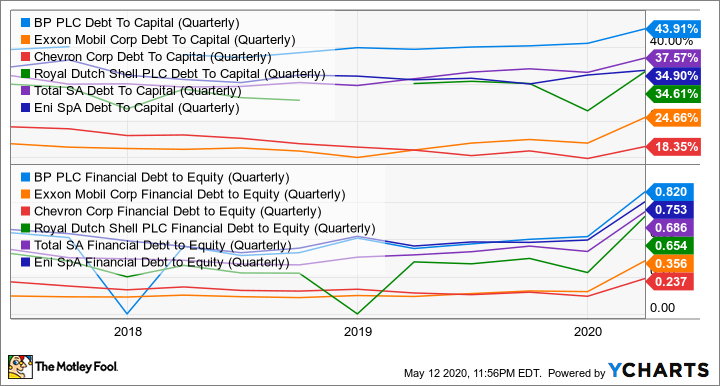 BP's balance sheet is a serious cause for concern. The present downturn puts an emphasis on financial strength over operational strength, the latter of which is BP's specialty. BP's debt-heavy and spending-heavy strategy had positioned it to return some serious cash flow in a $55 oil market, but that same positioning leaves it more vulnerable than other majors when prices are lower.

Granted, BP did reaffirm that it is on track to reduce its "cash balance point in 2021 down further to less than $35 per barrel Brent, which is below our previous guidance and also assumes a lower refining margin and gas price."

BP uses the non-GAAP term cash balance point as an estimate of how oil prices impact the company's operating cash flow and what price per barrel of Brent crude the company can break even at. Achieving a cash balance point below $35 per barrel Brent would be cause for celebration under normal circumstances, but it's beside the point considering oil is still well below $30 and the company is taking on even more debt even after cutting its 2020 spending by 25% below initial projections.

While it's admirable that BP isn't cutting its dividend, paying it will cause immense strain on its business until oil prices, natural gas prices, and refining margins increase and stabilize. For example, BP's recent dividend payment of 10.5 cents per ordinary share (63 cents per American depositary Share) was well above its 3.9 cents of earnings for Q1 2020, meaning BP is currently borrowing money to meet its dividend obligation.

Shell hadn't raised its dividend since 2014, but it has been more reliable than BP in a sense because it hadn't cut its dividend since 1945. The fact that Shell recently cut its dividend -- by 66% -- for the first time in 75 years is an indication of the severity of the current oil downturn and should mean a great deal to those who are assuming a reliable dividend from BP. The COVID-19 virus demand shock combined with an oversupply of oil to create one of the worst downturns in the history of the oil and gas industry. Under these dire circumstances, companies with bloated dividend obligations should consider a dividend cut if it helps the company survive, but by the same token, a dividend cut would be a bad thing if the dividend is within reason, as is the case with Chevron or ConocoPhillips.

BP would probably respond by saying that it can afford its dividend thanks to the $7 billion in new bonds it got in early April, the reaffirmation of its investment-grade credit rating from top agencies such as S&P and Moody's, and its effort to reduce costs over the next two years.

If demand picks up and supply drops, BP could very well be right to keep its pricey dividend. To its credit, the company was able to increase free cash flow the most of any supermajor on a percentage basis over the past five years. However, BP wasn't confident enough to say when it thinks demand will rise and supply will drop to levels that stabilize the price of oil. To be fair, I don't think really anyone can firmly make an accurate prediction on the matter since many countries are still in the beginning stages of reopening economies and returning work and social life back to normal. In all likelihood, a return to oil demand around 2019 levels will probably take over a year, as indicated by BP's cost-cutting measures that extend to 2021..

BP's strategy is built on high cash flow that assumes reasonable oil prices. Therefore, BP as a company is poorly positioned in the current market. BP's stock collapse partially reflects the company's weakness, but since BP was able to raise cash and plans to continue divesting and cutting spending, it is better positioned than a lot of smaller, riskier oil and gas companies to make it through this downturn. However, the fact that the company has arguably the worst balance sheet among oil majors and its dividend payment was nearly triple its earnings in Q1 2020 makes it a speculative way to get an 11% dividend yield or hope for a rebound in the energy sector.

If oil rebounds and shows signs of staying at 2019 levels, and BP continues to reduce its breakeven cost per barrel, it would be an attractive stock to own, but that simply isn't the case right now. In sum, BP's 11% yield is too good to be true since the company's earnings won't be able to afford its dividend for the foreseeable future.