Please ensure Javascript is enabled for purposes of website accessibility
Log In Help Join The Motley Fool
Free Article Join Over 1 Million Premium Members And Get More In-Depth Stock Guidance and Research
By Rich Smith – Updated May 19, 2020 at 9:07AM

SpaceX will send astronauts to space first, and worry about its own satellites later.

A planned SpaceX launch of 60 more Starlink broadband internet satellites, which was supposed to go up tomorrow, has been scrubbed "due to tropical storm Arthur" making the Atlantic Ocean a bit too choppy to attempt recovery of the launch rocket, announced SpaceX in a tweet today. The mission -- "Starlink-7" -- has therefore been postponed "until after launch of Crew Demo-2," said the company.

As a result, we now know when SpaceX plans to launch its first-ever crewed mission -- a spaceship carrying actual astronauts, launched from U.S. soil for the first time since the Space Shuttle was retired in 2011. Barring further delays, that launch will take place on May 27 at 4:33 p.m. EDT. 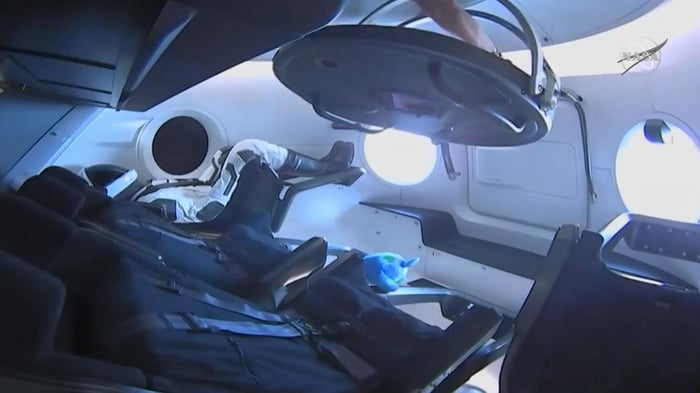 SpaceX had hoped to have time to get its Starlink-7 mission launched and recovered this week, then reposition its drone ship to recover the Crew Dragon's booster rocket as well next week, reports Spaceflightnow.com. But with the storm interfering, the company decided this was going to be more of an either-or situation than an and-and.

Starlink is arguably the more important mission to SpaceX's financial future. In internal documents, SpaceX has outlined how it expects to derive the bulk of its future income from providing satellite internet service, rather than from providing space launch services. Still, the company has apparently decided that it first wants to make sure the Crew Dragon mission goes off without a hitch -- securing its position as the company that returned American astronauts to space from American soil -- and worry about getting Starlink operational later on.

Starlink-7 will still go up. It's just going to do that after Crew Demo-2, not before.