Please ensure Javascript is enabled for purposes of website accessibility
Log In Help Join The Motley Fool
Free Article Join Over 1 Million Premium Members And Get More In-Depth Stock Guidance and Research
By Donna Fuscaldo - May 18, 2020 at 10:54AM

SoftBank (SFTB.Y 0.58%), the Japanese technology company, is in discussions to sell some of its stake in T-Mobile (TMUS -0.41%) to Deutsche Telekom in an effort to shore up much-needed capital.

The Wall Street Journal, citing people familiar with the matter, reports that talks are ongoing. It's unclear what percentage of the stake in T-Mobile it will sell, although it's expected to be "significant." 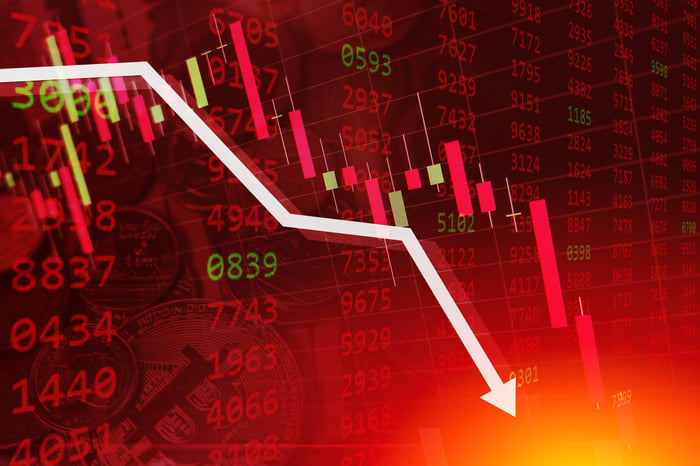 Talk of the stake sale comes on the same day SoftBank reported financial results for the fiscal year ended March 31, in which its Vision Fund reported a loss of 1.9 trillion yen, or nearly $18 billion, largely due to write-downs in its investments in WeWork and Uber Technologies (UBER -4.53%). "Fair values of Uber, WeWork and its three affiliates decreased, and the total fair value of other portfolio companies decreased significantly," SoftBank said in reporting results for its fiscal year. Uber represented $5.2 billion of the loss; WeWork was responsible for $4.6 billion, and the rest of its investments accounted for $7.5 billion of the losses, Bloomberg reports.

The Vision Fund, which sought to invest $100 billion in the technology leaders of tomorrow, has fallen on tough times in recent months as the values of its investments resulted in steep losses. "If the pandemic continues, the company expects that uncertainty in its investment businesses will remain over the next fiscal year," SoftBank warned in its earnings release.