Please ensure Javascript is enabled for purposes of website accessibility
Log In Help Join The Motley Fool
Free Article Join Over 1 Million Premium Members And Get More In-Depth Stock Guidance and Research
By George Budwell - May 18, 2020 at 11:52AM

Aurora Cannabis (ACB -9.09%), a small-cap Canadian pot company, is starting the week off on the right foot. The company's shares are up 72% on sky-high volume as of 10:43 a.m. EDT Monday morning.

The spark? Last Friday, Aurora's stock lit up after the company released a better-than-expected third-quarter 2020 earnings report. Investors appear to be bidding up this popular pot stock for the same reason today. 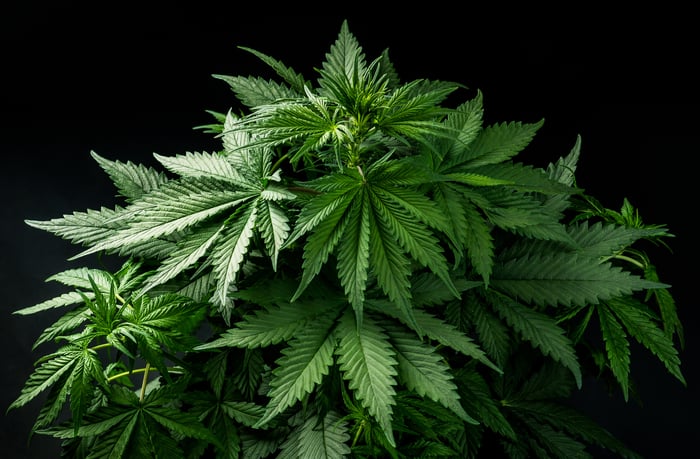 Aurora's Q3 report has been a big hit with investors for two fundamental reasons. First off, the company handily beat Wall Street's consensus revenue estimate for the three-month period. Investors, for their part, seem to be taking this quarterly revenue beat as a sign that Aurora's business may finally be nearing an inflection point.

Second, Aurora significantly curtailed its cash burn rate during the most recent quarter, thanks to its newly instituted restructuring plan. That's a big deal because one of the company's core problems over the past several quarters has been its astronomical burn rate.

Can Aurora's shares keep up their newfound momentum? It's hard to say for sure, but Aurora's stock may be close to a top after today's double-digit move higher. The core issues that weighed on Aurora over the prior 12-month period haven't exactly evaporated, and the company will more than likely take advantage of this huge spike in its share price to raise capital. In other words, it might not be a particularly great idea to chase this red-hot marijuana stock right now.