Please ensure Javascript is enabled for purposes of website accessibility
Log In Help Join The Motley Fool
Free Article Join Over 1 Million Premium Members And Get More In-Depth Stock Guidance and Research
By Evan Niu, CFA – May 19, 2020 at 4:20PM

For a company known for having cohesive long-term visions, Apple (AAPL -4.91%) has spent years fumbling its video-streaming strategy. You might recall that Apple originally bundled original content with Apple Music, a music-streaming service. One of the early projects was a show that would be based on Dr. Dre, who briefly served as an Apple executive after the company bought Beats. Once upon a time, services chief Eddy Cue even explicitly said that Apple was not interested in creating TV shows or competing with Netflix (NFLX -2.24%).

Not only has Apple proceeded to do precisely those things, the company may be preparing to make yet another massive pivot in video streaming. 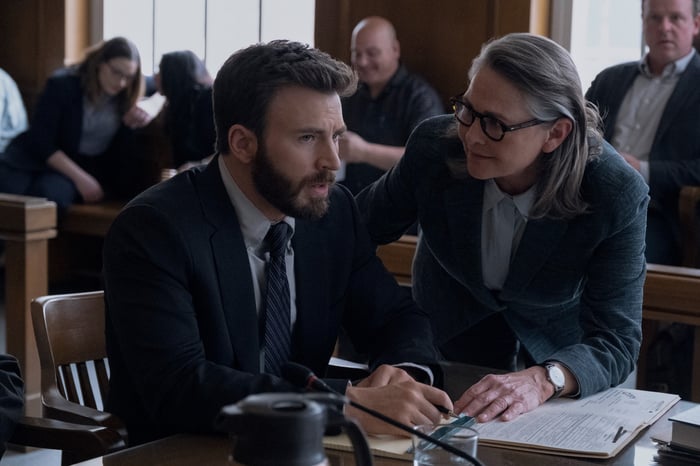 Apple TV+ thus far has only featured exclusive content that Apple has spent years and billions of dollars developing. But building up a catalog of original content takes a long time, and the service's offerings are fairly sparse compared to the competition. Disney (DIS -1.96%) has literal decades' worth of shows and movies that are included in Disney+, which launched around the same time as Apple TV+ last year.

It already seemed that the iPhone maker recognized that Apple TV+ was not particularly competitive, which is why it's been giving away a free year of service bundled with certain hardware purchases. Apple TV+ normally costs $5 per month, but even that's a tough sell compared to Disney+'s price of $7 per month given how much more you get from the latter platform.

In an effort to compensate for the lack of quantity, Apple is reportedly acquiring older licensed content to include in Apple TV+, according to AdAge and Bloomberg. Cue had said last year that the focus would initially be on quality over quantity, but quality alone might not be enough to compete in the video-streaming wars, even with A-list talent like Chris Evans or Jennifer Aniston.

We're not talking about any major blockbuster franchises, according to the report. Cultural mainstays like Friends or The Office can fetch licensing fees in the hundreds of millions. Streaming leader Netflix initially started off with licensed content before expanding into original content early on.

More broadly, there has been a shift in the streaming landscape, as just about every media company is pulling back on licensing content to third-party services in order to keep those shows and movies exclusive to their own streaming platforms that have either already launched or are about to debut.

Comcast's (CMCSA -2.34%) Peacock service launches broadly this summer, which will eventually be the exclusive streaming home to NBC shows like The Office once existing licensing agreements expire. Despite using an ad-free model, Disney+ ran a one-time promotion at launch for Lionsgate's Starz as a concession in order to get the streaming rights back for its own movies, most notably Star Wars installments.

Ever since Apple emerged as a prominent buyer in Hollywood in recent years, the price for original content has been climbing higher. With the market for licensed content contracting, Apple might be able to score more stuff to watch for reasonable licensing fees. Will it be enough to get people to actually pay for Apple TV+ out of pocket?