Please ensure Javascript is enabled for purposes of website accessibility
Log In Help Join The Motley Fool
Free Article Join Over 1 Million Premium Members And Get More In-Depth Stock Guidance and Research
By Keith Speights – May 19, 2020 at 7:12AM

The fastest COVID-19 test on the market just encountered some turbulence. But does this create a buying opportunity for long-term investors?

Did the White House and others celebrate Abbott Labs' (ABT -0.39%) super-fast COVID-19 diagnostic test too soon? Some think so.

Abbott Labs stock pulled back from its solid year-to-date gain after these developments. But is Abbott still a buy after its COVID-19 test controversy? 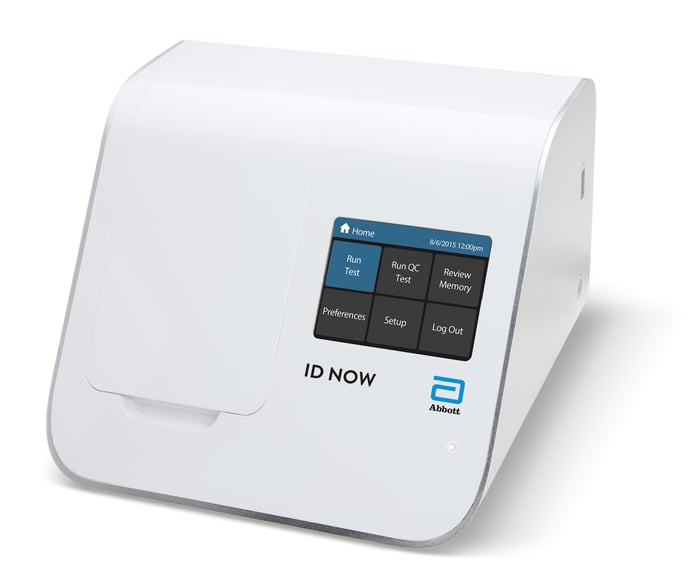 It's important to note that Abbott disputes the NYU findings. The company issued a press release stating that "the NYU study results are not consistent with other studies." Abbott noted that it has seen one study of the ID NOW COVID-19 test with sensitivity (the accurate detection of positive results) as high as 94% with other studies showing sensitivity at or above 90%.

Abbott's team even contacted the NYU researchers. The company's vice president of diagnostics, John Hackett, said in an interview with Chicago TV station WGN that the NYU scientists acknowledged some limitations in their testing and that is wasn't "a standard clinical style type study."

The healthcare giant isn't trying to portray its test as fool-proof, though. Abbott stated that "no test is perfect." It also noted that test outcomes depend on several factors. If those factors aren't in conformance with how a test is designed to be used, the results from the test could be off.

Abbott is standing by the dependability of its system. However, to help inform healthcare professionals and the public, the company has further clarified that any negative COVID-19 results obtained using the ID NOW platform "should be considered in the context of a patient's recent exposures, history and the presence of clinical signs and symptoms consistent with COVID-19."

There's a tremendous potential for Abbott's COVID-19 tests. If the COVID-19 tests for the ID NOW platform were truly found to be flawed, it would negatively impact Abbott's growth prospects to some extent.

The diagnostics segment generated less than one-fourth of Abbott's total revenue in the first quarter. And it was the slowest-growing of all of Abbott's business segments.

Abbott's fastest-growing segment in Q1 was its nutrition business. This segment benefited from consumers stocking up on pediatric nutrition products as stay-at-home orders swept across the U.S. Although this is likely a temporary boost, the long-term prospects for the nutrition business remain solid.

The company's greatest growth drivers, though, are in its medical devices segment. Sales continue to soar for Abbott's Freestyle Libre continuous glucose monitoring (CGM) system. The company is working through some issues with the FDA to gain clearance for a new version of the system. When that clearance is obtained, expect an even bigger surge in sales. Abbott also awaits a Medicare national coverage determination (NCD) for MitraClip, a key milestone that would boost already strong sales for the mitral regurgitation device.

I expect that Abbott will be successful in its efforts to clear the air over the controversy surrounding its COVID-19 tests for the ID NOW platform. Even if I'm wrong, there are plenty of other reasons to like the stock.

Before the COVID-19 pandemic struck, Wall Street analysts projected that Abbott will increase its earnings by an average of 10.5% annually over the next five years. I think that the strength of Freestyle Libre, MitraClip, and Abbott's other products will enable the company to achieve this level of growth.

Abbott also offers a solid dividend which currently yields 1.6%. The company has raised its dividend for an impressive 48 consecutive years. With that kind of track record, you can pretty much count on more dividend hikes in the future.

My view is that Abbott Labs continues to be a blue chip stock that is a good fit for many investors' portfolios. It provides growth, income, and stability. That's the kind of stock investors should buy on a dip.

Why Abbot Stock Was a Winner Today