Please ensure Javascript is enabled for purposes of website accessibility
Log In Help Join The Motley Fool
Free Article Join Over 1 Million Premium Members And Get More In-Depth Stock Guidance and Research
By Rhian Hunt - May 19, 2020 at 2:23PM

Others say it’s primarily interested in some of Penney’s real estate.

As department store chain J.C. Penney (JCPN.Q) begins dealing with the aftermath of declaring bankruptcy last weekend, sources have told Women's Wear Daily the troubled retailer may be in acquisition talks with Amazon.com (AMZN -0.67%) representatives. According to reports late yesterday, one source claimed, "there is an Amazon team in Plano as we speak," referring to the Texas city where J.C. Penney is headquartered.

An acquisition might be in the cards, with the same source stating, "There is a dialogue and I'm told it has a lot to do with Amazon eager to expand its apparel business — for sure." 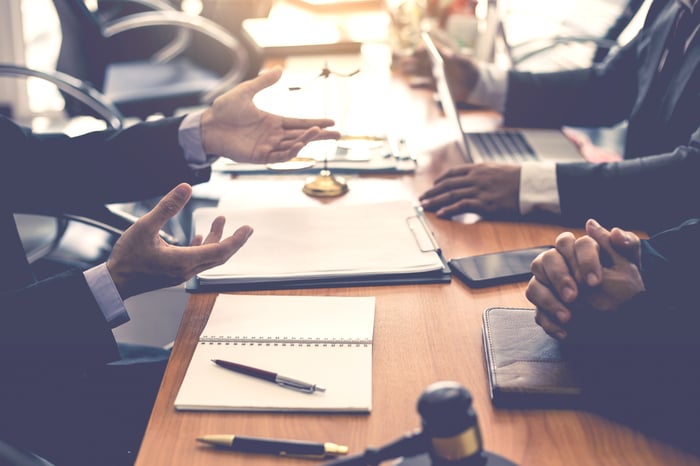 Other unidentified sources said that Amazon might be more interested in J.C. Penney's real estate than its clothing lines. The company is closing down 29% of its outlets -- 242 store locations -- to focus on those that provide the highest traffic and revenue as part of its post-bankruptcy restructuring and "Recovery Plan."

According to the report, Amazon may be eyeing "about 30 freestanding locations with a lot of land, which could be converted" into fulfillment warehouses. The source also noted, "They do have some good real estate."

Yet others say Amazon might be pursuing "tech-driven retail" and intends to buy up J.C. Penney stores to use as a new kind of Amazon brick-and-mortar retail outlet. Neither J.C. Penney nor Amazon has yet commented on what, if anything, they are negotiating about.