Please ensure Javascript is enabled for purposes of website accessibility
Log In Help Join The Motley Fool
Free Article Join Over 1 Million Premium Members And Get More In-Depth Stock Guidance and Research
By Keith Speights - May 19, 2020 at 6:04AM

Sure, Aurora posted better-than-expected Q3 results. But there are still two dynamics at work that could make the rebound a short one.

It's been quite a while since anyone could point to Aurora Cannabis (ACB 8.70%) as a hot pot stock. But that's an apt description for the Canadian cannabis producer after it announced surprisingly positive fiscal 2020 third-quarter results last Thursday. Aurora's share price has skyrocketed more than 160% since its Q3 update.

Is this surge a sign that Aurora has turned the corner? Not so fast. There are at least two reasons to think that the marijuana stock's big bounce might not last very long. 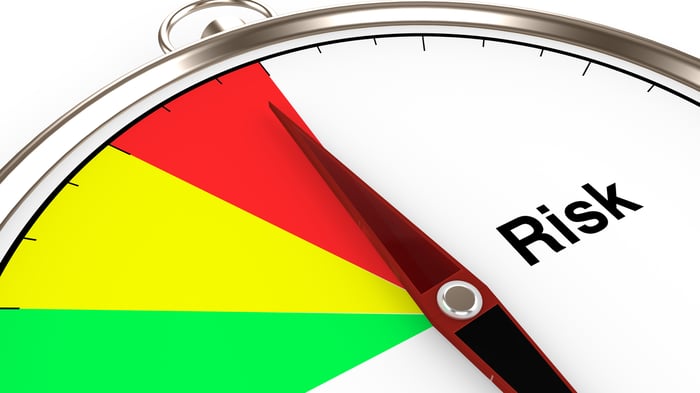 It isn't uncommon that shares jump after a company beats analysts' revenue estimates as Aurora did. But when shares soar as much as Aurora's have, there's usually more to the story.

Heading into May, nearly 17% of Aurora's outstanding shares were sold short. This translates to a whole lot of pessimism about the company's prospects. It also means that short-sellers worry when their decidedly negative outlook looks to be overdone. That's what happened with Aurora's better-than-expected Q3 results.

The cannabis producer's solid revenue beat almost certainly led to some short-sellers buying the stock to cover their short positions. And it's a pretty good bet that this panicked buying resulted in even more short-sellers racing to the sidelines. The phenomenon is called a short squeeze. As short-sellers are squeezed out of their positions, stocks can skyrocket tremendously in just a matter of days. Like Aurora Cannabis has.

But while short squeezes can be spectacular things to behold, they usually don't last very long. When all of the short-sellers who feel compelled to cover their positions have done so, stocks can fall nearly as quickly as they shot up. Don't be surprised if this occurs with Aurora.

More dilution on the way?

There's also another reason to suspect that Aurora's rebound might be a brief one. The company could be forced to issue more shares to raise cash in the near term, causing the value of existing shares to drop.

Although investors were mainly focused on Aurora's revenue beat in Q3, the company continued to lose a lot of money -- 137.4 million in Canadian dollars to be exact. Aurora finished the third quarter with a cash stockpile of CA$230.2 million. CFO Glenn Ibbott said in Aurora's Q3 conference call that this amount should be enough to fund operations until the company can generate positive cash flow.

But even Aurora Cannabis executive chairman and interim CEO Michael Singer acknowledged that there's a lot of uncertainty in the current market environment. He stated that Aurora could have to tap its at-the-market facility yet again to raise more cash.

What about the prospects of a partner stepping in to provide cash? That appears to be off the table for now. It's been over a year since Aurora brought billionaire investor Nelson Peltz on board as an advisor to line up one or more partners from outside the cannabis industry. There wasn't a single mention of efforts to find an outside partner on Aurora's Q3 call.

To be sure, Aurora has taken significant steps to move in the right direction. The company's cost-cutting initiatives and reduction of capital expenditures were much needed. Perhaps Aurora will be able to hit its goal of generating positive adjusted EBITDA by the end of the quarter ending Sept. 30, 2020. That won't be true profitability, but it would be an important milestone.

However, an awful lot needs to go just right for Aurora to keep its momentum from its Q3 update going. And regardless of how well the company executes on its business strategy, the end of a short squeeze will likely cause the stock to fall again.

I've said in the past that I wouldn't count Aurora out as a long-term winner in the cannabis market. But my view is that this marijuana stock isn't out of the woods just yet.