Please ensure Javascript is enabled for purposes of website accessibility
Log In Help Join The Motley Fool
Free Article Join Over 1 Million Premium Members And Get More In-Depth Stock Guidance and Research
By Donna Fuscaldo - May 21, 2020 at 6:46PM

Facebook is going after the enterprise market with new video tools as the world shifts to remote workforces amid the pandemic.

Facebook's (META 0.94%) Workplace collaboration app got some upgrades Thursday as the social media giant sees a surge in usage during the COVID-19 pandemic.

According to the tech stock, the number of paid users for Workplace has increased to five million through the end of March, up three million since October. Meanwhile Work Groups, a Facebook Group that enables co-workers to stay in contact, has more than 20 million monthly active users six months after its launch. In comparison, Microsoft's (MSFT 1.28%) Teams had 75 million daily users, although it's not clear how many are paying for its services. 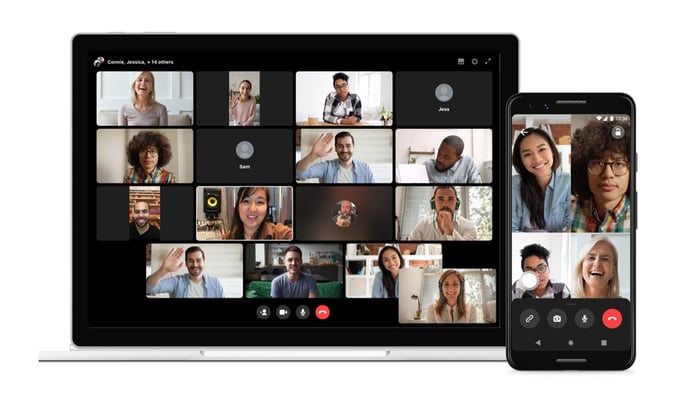 "The shift to remote work just accelerated," Facebook said in a blog post unveiling the new features for its digital collaboration tools. "Platforms and devices like Workplace, Portal, and Oculus were built for a time when economic opportunity might no longer depend on geography, a time when what you do could matter more than where you are. That time starts now."

With companies across the globe shifting to remote workforces amid the pandemic, technology companies are going after enterprise customers, offering them the digital tools necessary to keep operations running. In a bid to close the gap between Workplace and Microsoft's Teams, Slack, Zoom, and Alphabet's Google Meet, Facebook rolled out the new products.

They include Workplace Rooms, a drop-in video conferencing platform geared toward enterprises that can host up to 50 people for an unlimited amount of time and Live Producer, a suite of tools that enable users to schedule live videos, share the screen, and conduct live Q&A sessions. Facebook also announced that the Oculus for Business platform that enables companies to use virtual reality for training and other business purposes is now generally available.