Please ensure Javascript is enabled for purposes of website accessibility
Log In Help Join The Motley Fool
Free Article Join Over 1 Million Premium Members And Get More In-Depth Stock Guidance and Research
By Anders Bylund - May 21, 2020 at 4:21PM

This set doubles down on the "double" theme, offering twice the number of several key features compared to other expansion sets for the popular collectible card game.

Fans of the collectible card game Magic: The Gathering are getting a new expansion set in August. Magic publisher Wizards of the Coast, which is a unit of global toy giant Hasbro (HAS 0.04%), announced the "Double Masters" set on Thursday, May 21. 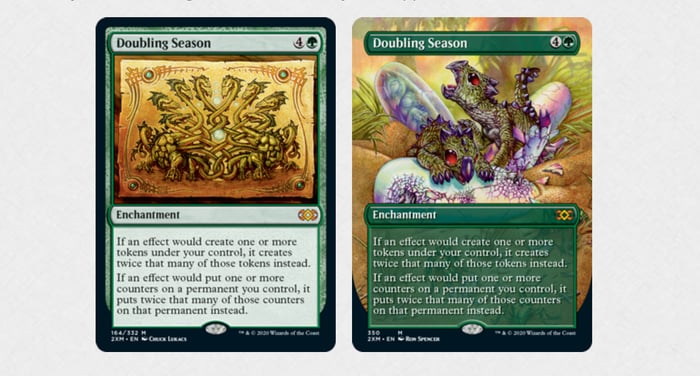 Image source: Wizards of the Coast.

This set is part of Wizards' rolling release schedule for new Magic content. The game has become a significant driver of Hasbro's quarterly revenue through a combination of competitive events and online gaming platforms. Hasbro doesn't break out individual games in its quarterly earnings reports, but Magic is a key part of the company's gaming division, where revenue grew 40% year over year in the quarter that ended on March 29, 2020.