Please ensure Javascript is enabled for purposes of website accessibility
Log In Help Join The Motley Fool
Free Article Join Over 1 Million Premium Members And Get More In-Depth Stock Guidance and Research
By James Brumley - May 21, 2020 at 8:45AM

The world's most legendary investor doesn't exactly heed one of the most embraced tenets of building a portfolio.

The past three months have been brutal for the stock market. Even with the 35% gain the S&P 500 had made since its March 23 low, the broad large-cap index remains 13% below its Feb. 19 peak. And doubts about the rally's longevity continue to swirl.

Things have been even worse for owners of Berkshire Hathaway (BRK.A 3.75%) (BRK.B 4.02%), believe it or not. Though there's no denying Berkshire CEO Warren Buffett has earned his title as the Oracle of Omaha, his approach to stock-picking was particularly vulnerable to the highly unusual conditions that have prevailed since late February when the market began to recognize the potential economic damage the COVID-19 pandemic could cause in the United States. Namely, Berkshire's lack of sector diversification among its biggest stock holdings has severely hurt shareholders, driving the fund to a year-to-date loss of 24%. The fund just hasn't benefited as much from the partial recovery many other stocks began to make in March, as its largest equity positions are within the sectors that have been the hardest hit since March. 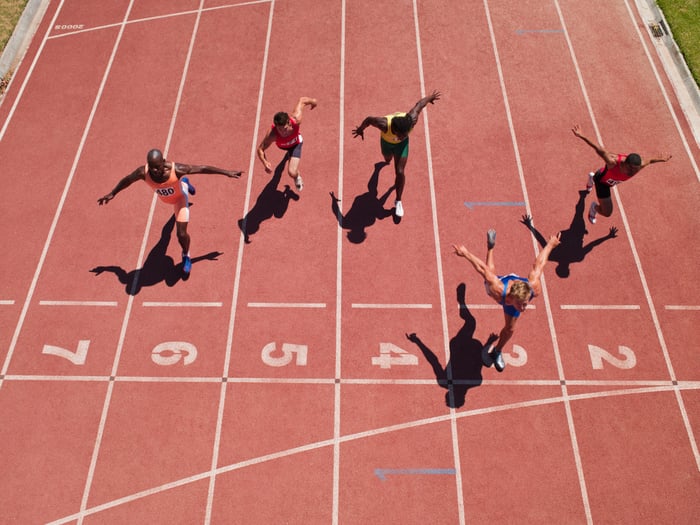 Berkshire isn't just a collection of stocks, of course. The fund is also made up of dozens of privately held companies including Duracell (yes, the batteries), GEICO auto insurance, and See's Candies just to name a few. These 63 companies continue to operate -- and generate cash flow -- in an environment that in some cases may have done more damage to stock prices than the underlying businesses themselves. GEICO, its BNSF rail line, Berkshire Hathaway Energy, and other owned businesses like its reinsurance unit contributed pre-tax operating income of $6.8 billion for Berkshire Hathway's quarter ending in March.

Still, the lack of diversification among its top stock holdings is greater than the lack of diversification among its outright owned businesses. These privately held outfits span several sectors ranging from manufacturing to transportation to all sorts of consumer goods to materials to utilities to insurance. No single one of these privately held entities accounted for more than one-fourth of the income produced by Berkshire's own businesses during the first quarter. Ditto for any particular sector represented by these names. And, even among the biggest of these private companies, all but one chipped in less than 10% of its total privately produced profits. Most contributed considerably less.

In other words, any diversity-related performance problems plaguing Berkshire of late mostly stems from an over-concentrated stock portfolio.

One of Warren Buffett's oft-repeated nuggets of wisdom is "invest in what you know," meaning if you don't understand how a company makes money, steer clear of its stock because you also won't understand when it's about to stop making money. In line with that philosophy, Berkshire Hathaway holds stakes in a number of banks and consumer staples names -- two industries that have been within Buffett's wheelhouse of expertise for quite some time.

It's arguable, however, that Berkshire now owns a little too much of what Buffett knows so well.

The table below lays out Berkshire's 10 biggest stock holdings as of the end of March. It now owns around $175 billion worth of investments in 50 different stocks. But, these 10 largest positions make up nearly 85% of the $175 billion total. As such, these 10 holdings are going to make an exaggerated impact on Berkshire Hathaway's performance, even if its performance is somewhat steadied by the presumed value of its privately held, cash-generating businesses.

It doesn't take more than a cursory glance to realize this investment pool of equities is loaded with financial stocks. Among the 10 biggest positions alone, banks and brokers account for 32.5% of Berkshire's total stock portfolio value. Bank of America by itself makes up more than 11% of it. Consumer staples make up nearly another 15% of Berkshire's total stock portfolio, just counting the two staples names within the top 10. Coca-Cola itself was one-tenth of the pool's total value as of the end of March.

It matters now more than it normally might. Both sectors have been severe underperformers since the market hit a wall in February. The Financial Select Sector SPDR Fund (XLF 3.69%), which broadly represents the financial sector, is down 29% since Feb. 19 and was down as much as 43% in late March. The Consumer Staples Select Sector SPDR (XLP 1.96%) is only down about 10% from its Feb. 19 peak, but Coca-Cola hasn't participated in that recovery. It's down 25%, as the company has found itself highly vulnerable to the circumstances created by the coronavirus. Kraft Heinz has done well, but remember, Kraft Heinz's poor performance has haunted Buffett since 2017.

Then there's the proverbial 800-pound gorilla in the room -- Apple. It's back to within 3% of its Feb. 19 peak, almost fully recovering what at one point was a 31% plunge. In this light, it's actually a good thing that one stock alone makes up more than a third of Berkshire Hathaway's total stock portfolio as of the end of March. That strength has prevented the fund's performance from being considerably worse than it might have otherwise been of late.

Nevertheless, investors who are being intellectually honest with themselves have to concede this degree of concentration defies the logic and spirit of constructing a diversified portfolio. Buffett and his people may well "know" Apple, justifying the oversized position, but deep knowledge of a company doesn't inherently prevent its stock from unexpectedly tumbling. 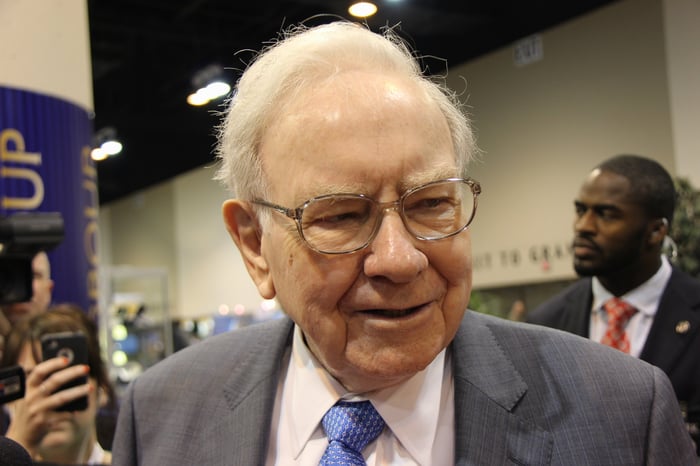 Fans of Buffett might push back against the idea, suggesting his long-term performance has earned him the right to break investing rules mostly intended to keep less-experienced and less-skilled investors out of trouble. Those fans will also rightfully point out Berkshire's wholly-owned businesses like BNSF, Acme Brick Co., and Lubrizol avoid the stock price-related volatility that has made conventional funds and ETFs uncomfortably volatile in recent weeks. While these privately owned entities don't have a clear market value the way a publicly traded company does, they still have value. Investors just have to estimate what their aggregate value might be in order to appropriately price Berkshire Hathaway shares in the open market.

To that end, while the fund's 10 biggest holdings make up around 85% of Berkshire's stock holdings, an educated guess suggests these 10 may also make up less than half the value of Berkshire's entire investment portfolio.

Even so, the financial sector remains over-represented among all of Berkshire's holdings. Publicly traded banks, as well as privately held insurers, are in similarly tough situations right now. The fund is also still very exposed to the consumer staples sector. Aside from public entities like Coca-Cola and Kraft Heinz, privately held See's Candies, Nebraska Furniture Mart, Dairy Queen, Ben Bridge Jewelers, Pampered Chef, Fruit of the Loom, and several other consumer-facing outfits that Berkshire owns hit the same wall in March. As a whole, there's still not as much sector diversity within all of Berkshire's holdings that a typical investor might prefer.

There's another not-so-small nuance that must be injected into the conversation. That is, Buffett doesn't have to worry about growing a nest egg to spend during retirement. Dividends alone can offer him plenty of cash flow in his golden years to provide him a very nice retirement (one of the perks of being a billionaire). The rest of us do have to worry about such things, however. Some prospective retirees have already postponed their last planned workday due to COVID-19, in fact. Investors who have put significant fractions of their holdings into Berkshire Hathaway may have to move their planned retirement dates a little further down the road than other investors will have to. Berkshire's staples and financial holdings will eventually recover, but they've been banged up quite a bit, suggesting that they'll have a longer road to travel en route to recovery.

Bottom line? Just make sure your portfolio allocation makes sense for your particular situation, and not Warren Buffett's.