Please ensure Javascript is enabled for purposes of website accessibility
Log In Help Join The Motley Fool
Free Article Join Over 1 Million Premium Members And Get More In-Depth Stock Guidance and Research
By Rick Munarriz - May 22, 2020 at 8:15AM

Universal Orlando wants to reopen to day guests in two weeks. Don't expect Mickey Mouse to be as aggressive.

Theme parks in Central Florida will start opening sooner than you probably think. Comcast's (CMCSA 0.18%) Universal Orlando was the first of the area's three major attractions to present reopening plans before the county's task force, and the resort's detailed blueprint to start welcoming guests again on June 5 was overwhelmingly approved by the committee.

Universal Orlando's reawakening has one more hurdle to clear. The governor's office will need to approve the plan, and that could happen as soon as Friday.

No one expects Comcast's larger rival to follow the same aggressive timeline. Walt Disney (DIS -2.06%) may have just opened its shopping and dining complex on Wednesday, but the stakes are higher when it comes to high-volume theme parks with queues to manage, attractions to perpetually sanitize, and crowd flows to regulate. Disney probably intentionally let its top rival submit its reopening plan first. The House of Mouse is going to watch -- and learn. 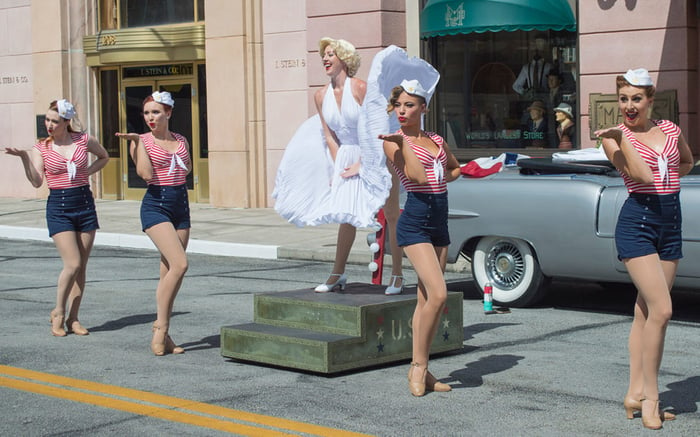 Several smaller attractions operators were also cleared to reopen on Thursday, and the state will see at least a couple of small waterparks open in Kissimmee and Panama City this holiday weekend. Legoland Florida was also locally approved for a June 1 restart. If approved, Universal Orlando will have a busy two weeks ahead of the resumption. Disney World and SeaWorld Entertainment (SEAS -1.92%) will eventually follow suit, but early June is too ambitious.

SeaWorld Orlando has yet to submit its plan, but it did mention on Wednesday that it could take as long as four weeks to shore up its staffing and safeguards to reopen its marine-life-themed attraction. In short, SeaWorld Orlando is probably looking at mid-June, at the earliest, to be back in business.

Disney World may very well open later in June, but it's not accepting reservations for its on-site hotels until July. It has cancelled existing reservations through the second week of June. Disney World can still get rolling again in June, but it would seem odd for it to stock the expected attendance-level cap with local annual pass holders over its more lucrative overnight guests.

When Comcast reopens its Orlando parks, they won't be the same way they were when they closed in mid-March. All guests will be required to wear protective face masks, with temperature checks on the way in. Managing the large lines within the new normal of social distancing will also be a challenge. Some experiences, including character meet-and-greet stations and hands-on play area for kids, will remain unavailable for the time being.

Investors who have been bidding up industry stocks in anticipation of what's shaping up to be next month's resumption will need to be realistic. SeaWorld stock has soared 156% since bottoming out two months ago, but there's no way that it will be profitable under the current climate. Travel restrictions, experience-diminishing safeguards, and the inevitable recession will keep demand in check.

The high staffing costs to clean the parks and keep guests in compliance will make running the attractions more expensive than ever. It won't be ideal, but the theme-park industry's economic engine has to be restarted eventually. Expect a slow wind-up when it all starts happening in just two weeks.