The stock market has recovered much of what it lost in February and March, but shares of these two solid companies have been left behind so far.

The COVID-19 pandemic has disrupted our daily lives and the global economy to a degree that's unprecedented in modern times. Yet despite massive unemployment and uncertainty about how the outbreak in the U.S. will develop from here, the stock market seems to be anticipating a rapid return to normalcy -- rather blithely, if you ask me.

It was fairly easy to find stock bargains in mid-March when fear was the dominant sentiment, but many of those stocks have recovered the majority of their losses already, so finding investment options that are clearly cheap relative to their long-term prospects now takes a little digging.

Here are two stocks that haven't bounced back yet that still have bright futures and are excellent values at current prices: Retail Opportunities Investments Corp. (ROIC 1.73%) and AMN Healthcare Services (AMN 0.77%). 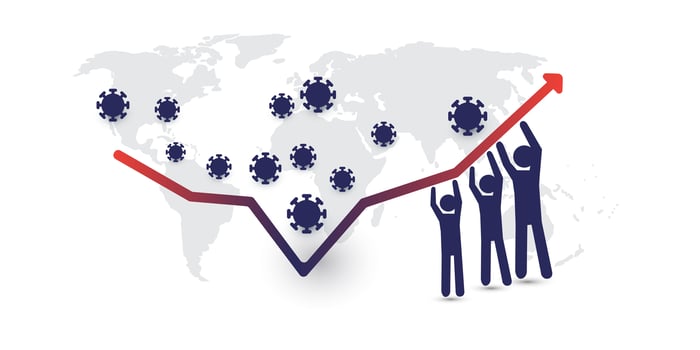 The market hasn't been particularly kind to landlords of retail businesses, given the fact that many of those retailers have had to shut their doors. Retail Opportunities Investments (ROIC) is a real estate investment trust (REIT) that owns shopping centers and strip malls on the West Coast, primarily in densely populated, affluent locations. The company focuses on properties that are anchored by large grocery stores such as Safeway, Albertson's, or Kroger.

Investors' biggest fear when it comes to ROIC is that many of its tenants won't be able to make their rent payments or will go out of business altogether. The first of those problems has already started to impact the REIT, but it still looks like it will come through the crisis in good shape.

By mid-April, tenants representing about 30% of ROIC's 10.1 million square feet of gross leasable area had shut down because of the pandemic. The company collected about 70% of rent that was due in April on time, with tenants requesting deferral arrangements for the rest. ROIC said rent collection at that level is enough to cover its fixed costs, but as a precaution, it suspended its dividend and borrowed an additional $130 million, enough to cover its potential cash needs through 2021 should the pandemic continue. It has no substantial debt coming due in the next four years.

But so far, no tenant that has temporarily shuttered its stores has told ROIC that they are closing permanently. The company is actually well-positioned in this case because of its focus on properties anchored by supermarkets, which have had booming sales throughout the pandemic. All 88 of its shopping centers remained open through the crisis, and some tenants that did close are beginning to reopen now as Washington, Oregon, and California begin to ease their restrictions.

It may be a while before ROIC reinstates its dividend and lifts it back to the level it was before COVID-19, but at today's share price -- 54% below its 12-month high -- that dividend would yield a lucrative 9%. Better still, the company's market cap has fallen below the value of its real estate minus liabilities, making this a once-in-a-decade buying opportunity. 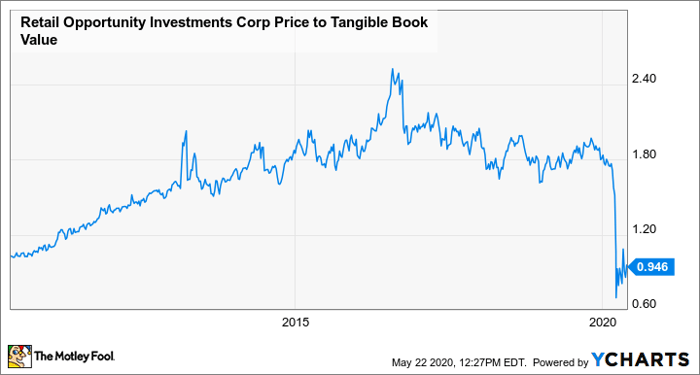 My second suggestion is a small-cap company that you've probably never heard of unless you're in a medical profession. AMN Healthcare Services fills staffing needs and provides workforce management for U.S. hospitals and healthcare clinics. It started as a supplier of travel nurses, but now also provides temporary and permanent staffing of doctors, technologists, lab technicians, therapists, school nurses, and executives. It also offers managed services programs through which healthcare organizations can outsource parts of their workforce to AMN.

You would think that a healthcare crisis that caused many hospitals to be overwhelmed by floods of critical-care patients would play right into the strengths of AMN's business. And initially, it did -- AMN's revenue in the first three months of 2020 grew 13% year over year to $602 million. The travel nurse business grew 12% and revenue in the allied division, which includes respiratory therapists, was up 41%.

However, the early spike in demand for clinicians who could care for COVID-19 patients was swamped by turmoil in the country's healthcare system as most elective procedures were postponed and patients shunned rehabilitation centers and physician's offices. Demand for nurses fell sharply in late April once hospitals were staffed for the worst-case COVID-19 surge scenarios. In their Q1 conference call on May 11, AMN executives said that June volumes and revenue in the nurses and allied segment were expected to be below last year's levels. Weaker-than-expected guidance for Q2 sent shares to a one-year low later in the week.

Long-term trends favor demand for AMN's services, though. Rapid growth in the oldest demographics as baby boomers hit retirement age is putting a growing strain on the country's healthcare system. Given that, and an increasing desire among organizations to have more flexible workforces, the company should resume its growth trajectory before long. Shares remain down 50% from their all-time high in March, and are selling for 12 times analysts' consensus estimate for 2021 earnings per share.

Have $3,000? Consider Buying These Small-Cap Stocks