Please ensure Javascript is enabled for purposes of website accessibility
Log In Help Join The Motley Fool
Free Article Join Over 1 Million Premium Members And Get More In-Depth Stock Guidance and Research
By Rick Munarriz – May 26, 2020 at 6:05AM

To DVD or not to DVD? This is a question that the streaming video service will need to answer sooner rather than later.

You never forget where you came from, but it's time for Netflix (NFLX -1.03%) to consider cutting ties with the platform that put it on the map. Renting DVDs by mail? In 2020? You can't be serious.

The market darling is booming on the merits of its now ubiquitous streaming service. It has 182.9 million paying digital accounts worldwide, and it expects to top 190 million by the end of next month. Compare that to the 2.1 million (and shrinking) subscribers still receiving physical discs, and it doesn't make sense to keep its original platform operating.

A decade ago, Netflix was still seen largely as a company offering DVD and Blu-ray discs in its signature red mailers. Streaming was a nascent platform with a limited catalog that Netflix included with its most popular DVD plan at no additional cost. The business of renting discs by mail peaked at roughly 20 million subscribers in 2010, but it's been shrinking ever since. Here we are, a decade later, and the number of members still receiving DVDs has plummeted by nearly 90%. How much longer can Netflix keep its diminishing legacy business going? It's probably not as long as you think. 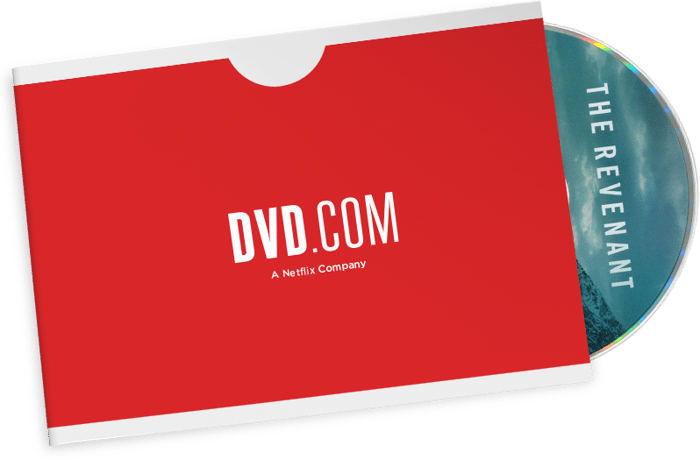 To DVD or not to DVD?

"We expect DVD subscribers to decline steadily, every quarter, forever," CEO Reed Hastings said back in a 2012 earnings call, and like most of his forecasts that seemed brazen at the time, he was dead right.

Netflix's streaming service is booming, but its mail-order platform is going the other way. Revenue from its legacy business has posted double-digit declines every year, sliding 19% in back-to-back years. The $297.2 million that Netflix generated from its DVD rental service last year was less than 1.5% of the $20.2 billion it posted in total revenue for 2019. The two businesses have been passing ships for a decade, but these days, streaming is a yacht and DVD is a dinghy.

There are probably some good reasons why Netflix is still putting on a brave face as it stuffs mailers with discs. It's still profitable, and you don't dismantle your heritage just because you successfully championed its disruption. There are also some people who don't have the necessary bandwidth or tech know-how to join the golden age of digital distribution. DVDs also have access to shows and movies that aren't available on Netflix's growing digital library.

However, at 1.5% of its business (and, again, shrinking "every quarter, forever"), it's no longer moving the needle. There will come a point when it becomes a drag on its bottom line instead of an incremental kicker. Renting DVDs by mail is a scalable business, and the experience for the consumer deteriorates on the way down.

There were as many as 50 distribution centers across the country at its DVD-mailing prime, and now that network has been whittled down to just 17 outlets. Fewer receiving and shipment centers will slow the turnaround time for some subscribers. As the subscriber base shrinks, it also follows that inventory will be scaled back.

In short, this is a fading side business for Netflix that will continue to diminish as an experience for its thinning audience. With Netflix already getting proactive about releasing inactive streaming accounts on the digital end, it may want to retire its original business before those customers grow dissatisfied.

Nostalgia is potent, but sometimes heritage has to hang up its cleats. Netflix stock owes everything to its legacy, but this isn't a living-history museum. The stock has been a 400-bagger through its 18 years as a public company because of how it transitioned away from optical discs to digital delivery.

I'll admit it: I'm one of the 2.1 million people still receiving DVDs by mail along with the streaming service. It will be bittersweet to see those red mailers go, but this throwback platform isn't what makes Netflix tick as one of the market's best growth stocks. I predict that Netflix will close this segment down as soon as later this year, and I'll be totally shocked if it's still around by the end of 2021.