Please ensure Javascript is enabled for purposes of website accessibility
Log In Help Join The Motley Fool
Free Article Join Over 1 Million Premium Members And Get More In-Depth Stock Guidance and Research
By John Bromels – May 27, 2020 at 8:16AM

These picks have a good shot at outperforming the stock market.

Wish you'd loaded up on bargain-priced stocks after March's stock market crash? Kicking yourself after seeing how far your top prospects have rebounded?

That's a natural reaction, but don't despair! First of all, nobody can perfectly time the market except by chance, so it's pointless to even try. Second, there are still bargains to be found more than two months later. Although cheap stocks nearly always involve a bit of risk, three top stocks trading for less than $20/share right now include Enterprise Products Partners (EPD 1.88%), Upwork (UPWK -0.81%), and Clean Energy Fuels (CLNE 5.25%).

Here's how these picks could outperform...and why they're still so cheap. 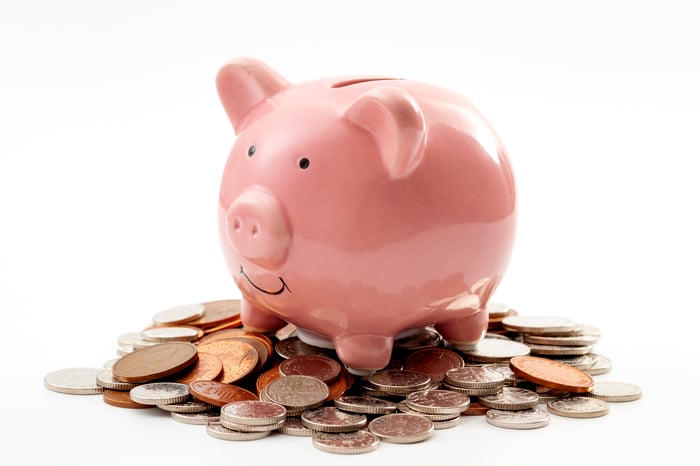 Why it could outperform: Enterprise has a solid reputation as being one of the best-managed MLPs in the industry. The company has increased its distribution -- MLP-speak for dividend -- for 62 consecutive quarters. Because 85% of its earnings are controlled by long-term, fee-based contracts, its ability to generate substantial cash flow shouldn't be impacted much by the current industry volatility. While the company's growth plans may be slowed, Enterprise's distribution doesn't seem to be in any danger.

Why it's trading under $19/unit: The entire oil and gas sector has been hit hard by a double whammy of tumbling oil prices and reduced fuel demand, and even Enterprise wasn't spared Wall Street's wrath.

Plus, even though Enterprise itself is quite secure, many of the oil and gas producers served by its pipelines are making big cuts to their operations. Some U.S. drillers have even declared bankruptcy. A wave of additional bankruptcies or a mass exit of drillers from the regions Enterprise serves might do big damage to its finances. At present, though, that seems unlikely.

A long-term bet on the gig economy

Shares of online freelancer hiring platform Upwork also tumbled in March, as Wall Street worried that an economic slowdown would lead to companies cutting contractors and freelancers. In May, though, as the employment picture has become clearer, Upwork's shares soared. The stock is up more than 15% for the year.

Why it could outperform: More than 36 million people have filed initial unemployment claims over the last two months. Some analysts are concerned that many permanent, full-time jobs may not come back quickly...if ever. That could boost demand for short-term freelance workers, as companies seek to temporarily fill knowledge and experience gaps. It also ups the likelihood that jobseekers will turn to Upwork to look for freelance and contract gigs while they search for something more permanent.

Why it's trading under $13/share: Despite steadily increasing revenue since it went public in 2018, Upwork still isn't profitable, nor is it consistently cash flow-positive. That's primarily because it's spending heavily on marketing and R&D, which makes sense for a fledgling tech company. To its credit, Upwork has managed to avoid racking up huge amounts of debt. Eventually, though, Upwork will have to show it can actually make money over the long term, while attracting users and fending off competitors.

Cow farts, the fuel of the future

Yeah, that sounds like an off-the-wall, fly-by-night investment proposition, but it seems to be paying off for natural gas fuel specialist Clean Energy Fuels. Clean Energy manufactures fuel from natural gas and sells it at more than 550 filling stations across North America. It's both cleaner-burning and cheaper than traditional diesel fuel. Currently, it's the only real alternative to diesel for heavy-duty vehicles like buses and semi trucks.

Why it could outperform: Clean Energy Fuels has been growing its fuel volumes, number of stations, and profits since 2018. But its big win is developing the first "renewable natural gas" fuel. Called Redeem, it's made from greenhouse gas methane, which is emitted from organic sources (like cows). Clean Energy Fuels collects methane from dairy waste, landfills, and wastewater treatment plants and converts it into usable fuel.

Because Redeem is made from capturing existing emissions, it's considered a renewable fuel, and sales growth is strong. In fact, Clean Energy just signed a big contract with UPS to provide 170 million gallon-equivalents of Redeem for its trucking fleet.

Why it's trading at about $2/share: That big drop in oil prices has made Wall Street fearful that natural gas fuel won't look like such a bargain by comparison. And although Clean Energy has been mostly cash flow and earnings before interest, taxes, depreciation and amortization (EBITDA) positive for the last two years, it only just posted back-to-back quarterly profits for the second time ever.

There are also long-term concerns that true zero-emission options, like Tesla's supposedly upcoming battery-powered Semi, could seriously disrupt Clean Energy's business...when and if they show up.

A successful company's stock doesn't usually trade under $20/share, or if it does, it doesn't stay there for long. That's why investments in all three of these companies carry some risk. However, Upwork and Clean Energy Fuels have substantial upside if their growth plans play out. Meanwhile, Enterprise's nearly 10% yield is a major draw even if its growth slows.

Ultimately, you'll have to decide for yourself if these beaten-down stocks are worth the risk. But they're three of the best prospects you'll find in this price range.