Jack in the Box (NASDAQ:JACK), a restaurant company that operates and franchises over 2,200 restaurants in 21 states, received a confidence boost from Goldman Sachs as analyst Katherine Fogertey upgraded the stock from sell to neutral. Fogertey also significantly raised Jack in the Box's price target from $42 up to $66 per share.

Driving her optimism was the company's improving same-store sales momentum and franchise economics, and the belief that growth can still reaccelerate in 2020. 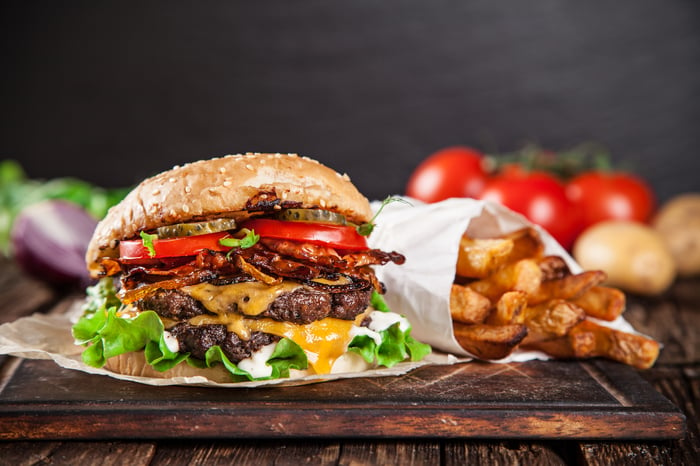 Restaurant stocks have been hammered since COVID-19 flipped the industry on its head, especially for restaurants focused on the dine-in crowd, but Jack in the Box has narrowed its losses compared to the S&P 500 over the past six months. 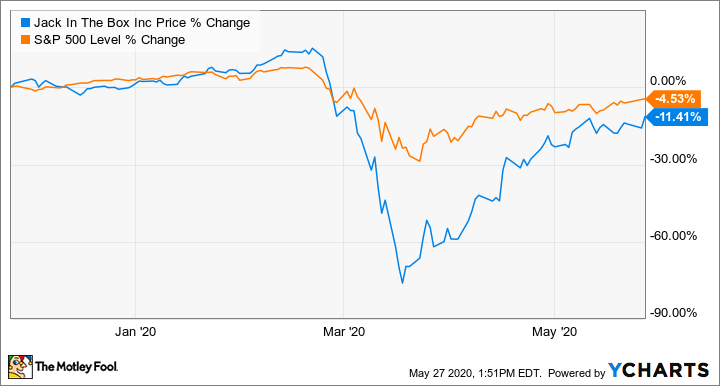 More analysts are positive on Jack in the Box than negative -- Wall Street has seven buy ratings, 11 neutral ratings and only one sell rating on the company -- but there will certainly be more financial pain due to COVID-19 for newly appointed CEO Darin Harris. Long-term investors can remain optimistic as the company saw strong sales growth before COVID-19 swept over the nation and forced restrictions. Management credited attractive price points and new menu items such as Tiny Tacos as the driving force for top-line growth. If the economy can gradually rebound, and management continues to innovate its menu, Fogertey's might not be the last analyst upgrade we see for the restaurant chain.