Please ensure Javascript is enabled for purposes of website accessibility
Log In Help Join The Motley Fool
Free Article Join Over 1 Million Premium Members And Get More In-Depth Stock Guidance and Research
By Christy Bieber – May 27, 2020 at 8:10AM

Here's why you should refuse, too.

But despite the rule change, research from Fidelity shows most Americans are taking a pass on the opportunity to borrow. In fact, the percentage of people who initiated a 401(k) loan dropped from 2.6% in the last quarter of 2019 down to 2.3% in the first quarter of 2020.

This was about the same number of retirement savers who took out a loan during the same quarter in 2019, long before the start of the pandemic. 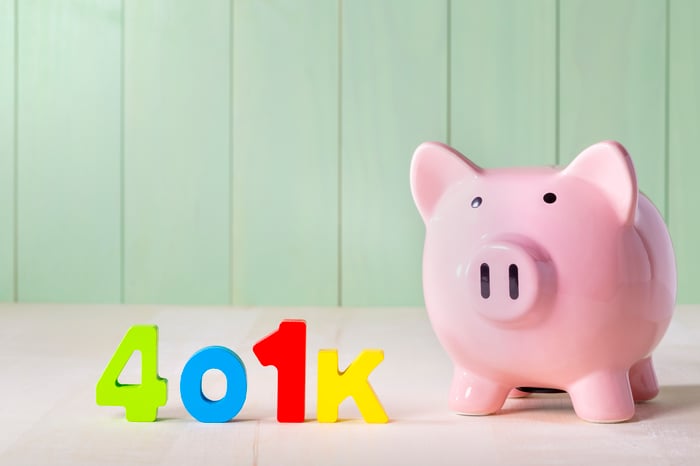 While the CARES Act makes it easier to borrow from a 401(k), that doesn't mean it's a good idea.

While you pay yourself interest on a 401(k) loan, chances are good that the rate you pay will be below what you could've earned by leaving that money invested. You'll miss out on years of potential gains during repayment. And some of those years may be ones in which you could earn an above-average return during the inevitable coronavirus economic recovery.

You also run the risk of not paying the money back, which could be a big problem. Defaulting on your 401(k) loan would trigger a 10% early withdrawal penalty, not to mention missing out on gains the money could've made from now until retirement. If that's 20 years from now, and you borrow but don't repay the full $100,000 the CARES Act allows, your nest egg would be as much as $387,000 smaller than it would've been (assuming a 7% average annual return). You could reduce your income as a retiree by over $15,000 annually if you follow the 4% rule for retirement account withdrawals.

The downside often outweighs the upside, which is likely why Fidelity data shows Americans aren't leaping at the opportunity to raid their retirement accounts to help them get through the great lockdown.

What other options are available?

Rather than borrowing money from a 401(k) if you're facing financial hardship, explore other sources of aid first. Expanded unemployment benefits are available for many workers, for example. And the government has already authorized one stimulus check, with additional payments being considered.

Making cuts to your budget to live on the funds that are available to you outside your 401(k) is also a better option and one that's easier now since social distancing has eliminated some of the most common forms of spending.

If you still need extra cash after cutting your budget and taking advantage of other aid, consider whether using a 0% APR credit card to cover expenses in the short term could be a better option than borrowing from your retirement account.

Depending on the card, you could charge purchases for a year or longer without owing interest, so you'd hopefully have time to get back on your feet and pay off the charges before interest kicks in.

This can be risky because you'd end up with costly credit card debt if you can't pay off the loan as expected, but you could always take money from a retirement account later if needed. The CARES Act also says you have until the end of the year to make a penalty-free withdrawal of up to $100,000, and a withdrawal could actually be better than a loan right now.