Please ensure Javascript is enabled for purposes of website accessibility
Log In Help Join The Motley Fool
Free Article Join Over 1 Million Premium Members And Get More In-Depth Stock Guidance and Research
By Donna Fuscaldo – May 27, 2020 at 2:31PM

It marks the first time Instagram is sharing ad revenue with its creators.

Facebook's (META 1.21%) Instagram is making it easier for creators to earn money on the platform. On Wednesday, Instagram announced that it will be its introducing ads to IGTV, its long-form video destination, and Badges viewers can purchase on Instagram Live.

In a blog post announcing the move, Instagram emphasized that it's committed to helping creators turn their passions into income. 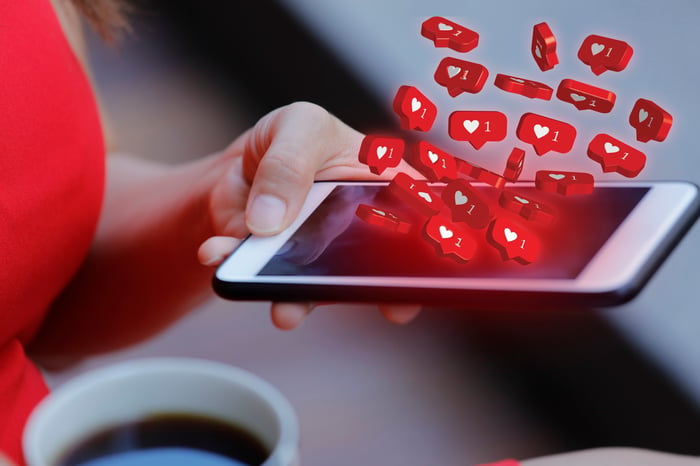 Ads on IGTV will begin rolling out next week, first appearing when users watch IGTV videos from the previews that show up in their feeds. The tech stock is testing IGTV ads with a handful of U.S. based creators and advertisers and plans to expand that slowly in the coming months. Justin Osofsky, COO at Instagram told The Verge that creators will receive 55% of the ad revenue.

Creators can also make money off of Badges on Instagram Live, its real-time video streaming service within the social media platform. From February to March Live saw a 70% increase in views. Viewers will be able to purchase Badges during a live video, which will allow the purchasers' comments to stand out during the live event, among other perks. Instagram will begin testing the new feature in June with a small group of creators and businesses. During the next few months, it plans to expand that throughout a number of countries, including the U.S., Brazil, U.K., Germany, France, and Mexico. Osofsky told The Verge Instagram will roll out the badges in three price points: $0.99, $1.99, and $4.99.