Please ensure Javascript is enabled for purposes of website accessibility
Log In Help Join The Motley Fool
Free Article Join Over 1 Million Premium Members And Get More In-Depth Stock Guidance and Research
By Evan Niu, CFA - May 28, 2020 at 1:40PM

The automotive artificial intelligence specialist had been waiting for market conditions to improve.

"We have planned to refinance the debt, but unfortunately, market conditions deteriorated, and we have put that project on hold until market conditions are more favorable," Cerence (CRNC 1.47%) CFO Mark Gallenberger said on the Q2 earnings call earlier this month. It wasn't quite clear how long the company, which makes artificial intelligence (AI) and virtual assistant technology for automakers, was planning to wait, but financial markets have continued to stabilize in recent weeks, economic fallout of the coronavirus pandemic notwithstanding. 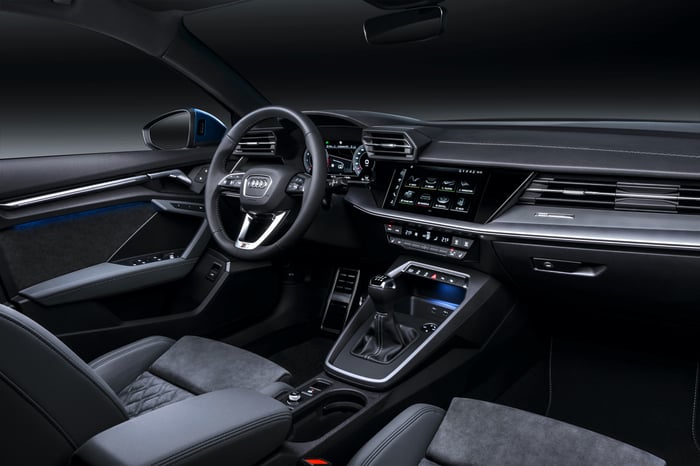 Cerence was spun out of voice recognition specialist Nuance Communications (NUAN) last year as an independent company. In connection with the spinoff, Cerence borrowed $270 million through a five-year senior secured term loan facility.

That cash was used to fund a $153 million cash distribution to Nuance, as well as to give Cerence a starting cash position of $110 million to get the business up and running. At the end of the first quarter, Cerence was sitting on around $96 million in cash, with $267 million in total debt. The refinancing plan is expected to result in an estimated $5 million in annual interest savings, Gallenberger had said.

The company says that the net proceeds from the convertible note offering, which will be a private offering for qualified institutional investors, will be used to repay its borrowings from the term loan facility. Those investors will have an option to buy up to $25 million more in notes. The paper will come due in 2025, and other terms such as interest rate and initial conversion rate have not yet been finalized.

Shares have fallen on the news, even though the initiative should modestly strengthen Cerence's balance sheet and generate cost savings. That's likely due to the fact that convertible note investors generally engage in convertible arbitrage strategies that entail short-selling the underlying stock while going long the convertible notes, creating selling pressure as hedge funds establish their positions.

While the COVID-19 pandemic is impacting the global economy, and the auto sector in particular, Cerence's near-term prospects have not been hurt much because the company's deals are usually multiyear engagements to collaborate on vehicle design cycles. Cerence announced just last week that it was continuing its long-standing partnership with Volkswagen's Audi brand, powering the conversational interface of the German automaker's Audi Connect platform, for instance.

If Cerence can continue to execute well and the stock keeps rising to the yet-to-be-determined conversion threshold in the years ahead, it can elect to pay back the notes with stock -- saving even more cash in the process but diluting existing shareholders instead.