Please ensure Javascript is enabled for purposes of website accessibility
Log In Help Join The Motley Fool
Free Article Join Over 1 Million Premium Members And Get More In-Depth Stock Guidance and Research
By Donna Fuscaldo - May 28, 2020 at 10:59AM

Google is in early talks to buy a 5% stake in Vodafone Idea, the joint venture between Vodafone and India's Aditya Birla Group.

Alphabet's (GOOG 1.17%) (GOOGL 1.16%) Google is eyeing the Indian mobile market and could make an investment in Vodafone Idea, a partnership between the UK telecom and Aditya Birla Group of India.

Talks are in their infancy but could result in Google acquiring a 5% stake in the mobile business, which has been struggling in recent months, reports The Financial Times. In the fall, the Supreme Court of India required Vodafone Idea to pay billions of dollars in back fees. Vodafone has balked at infusing any more money into Vodafone Idea to save the business. 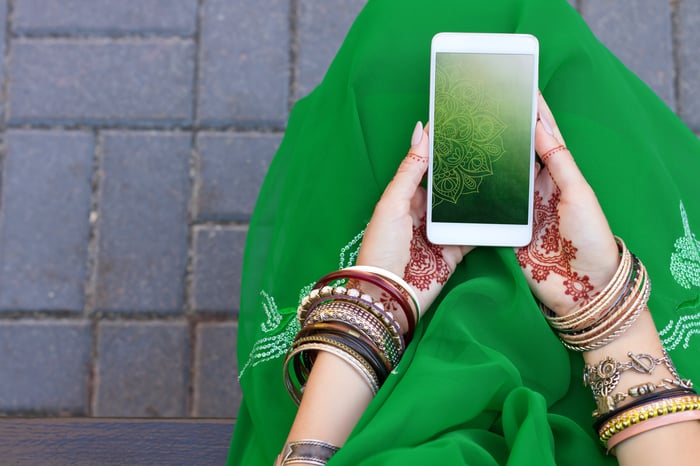 Google had previously held discussions with Jio Platforms, the mobile company owned by Reliance Industries, reports the Financial Times. Jio recently raised around $10 billion in venture funding from a group of investors that included Facebook (META 0.94%). The tech stock poured $5.7 billion in Jio, giving it a just under 10% stake. Talks between Google and Jio reportedly are still continuing despite that capital infusion from Facebook.

By acquiring a stake in Vodafone Idea, Google can get a bigger foothold in a market that is seeing red-hot mobile growth. India could very well become the next battleground for internet search and social media giants.