Please ensure Javascript is enabled for purposes of website accessibility
Log In Help Join The Motley Fool
Free Article Join Over 1 Million Premium Members And Get More In-Depth Stock Guidance and Research
By Bradley Freeman – May 28, 2020 at 10:27AM

This week, MLB officials met with the MLB Players Association to discuss logistics on having a season in the midst of the coronavirus pandemic. The tone exiting the gathering was one of disappointment for player-reps and frustration for owners.

While other leagues like the NBA avoided compensation disputes becoming headlines, the same is not true for America's pastime. Why? 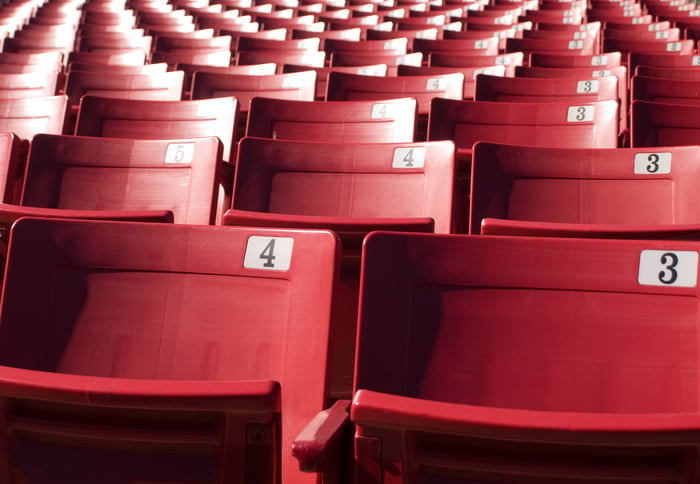 The NBA generates 60% of revenue from broadcasting. Baseball leans more on ticket and concession revenue, generating only 50% of sales from TV. In a business of very large numbers, a 10% gap is significant.

What baseball players see as unfair pay cuts, organizations see as generosity during a financially difficult season. Players want more regardless; that's not changing. If a baseball season does not happen, other sports returning should benefit.

Entertainment companies like Walt Disney (DIS -0.83%) have sporting content returning, but Disney also owns ESPN and 60% of Fox, both of which own MLB television rights. The companies with exposure to different sports are ViacomCBS (NASDAQ: VIAC) with the PGA and AT&T (T -0.48%) with the NBA.

Both of those trade at steep valuation discounts to the market and Disney, and both have the ideal kind of baseball-less exposure. If the MLB is unable to return, this is where I plan to focus.