Please ensure Javascript is enabled for purposes of website accessibility
Log In Help Join The Motley Fool
Free Article Join Over 1 Million Premium Members And Get More In-Depth Stock Guidance and Research
By Danny Vena – May 29, 2020 at 2:03PM

The latest entry into the streaming wars had a less than auspicious beginning, but the numbers need context.

HBO Max stumbled out of the gate on Wednesday, with large numbers of eligible users unable to access the service on their preferred platform and tepid new subscriber numbers compared to recent successful launches by rival services.

The newest premium offering by AT&T's (T -1.90%) WarnerMedia saw app downloads of 87,000 on the day of its debut, according to data released by app store intelligence provider Sensor Tower. The data showed that HBO Now had previously been experiencing an average of 16,000 new daily installs, amounting to an increase of 443% the day of its debut. 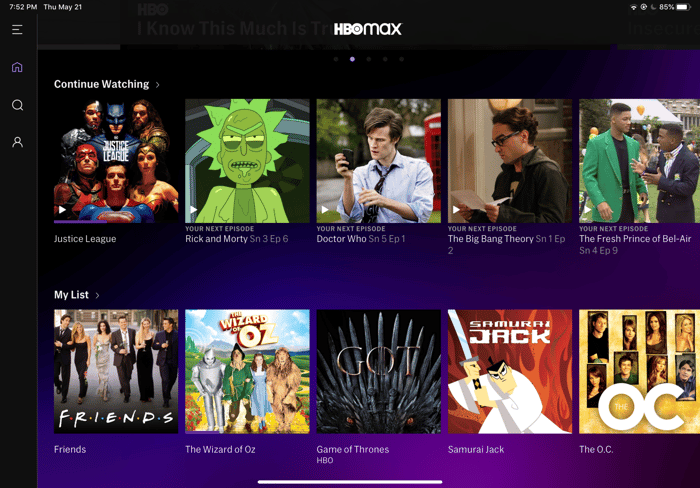 To put those numbers into context, the recently minted Disney (DIS -1.96%) streaming service -- Disney+ -- saw 4 million first-day installations and ended its first day with 10 million subscribers overall. But even that doesn't tell the whole story.

HBO Max is priced at $14.99 per month, and is a free upgrade to existing HBO Now subscribers. Sensor Tower concedes that its numbers do not include those customers that simply updated the app. HBO Max is also available for free to millions of existing HBO subscribers courtesy of their cable, satellite, or streaming provider. This includes customers of AT&T and DirecTV, as well as Charter and Comcast thanks to a last-minute deal. Users of Disney's Hulu and Alphabet's YouTube TV also had their subscriptions upgraded.

Notably missing from the list were Amazon.com's (AMZN -2.72%) Fire TV and Roku (ROKU -7.09%), who together account for more than 80 million streaming households in the U.S. An apparent dispute over revenue sharing, among other things, kept HBO Max from launching on the two biggest streaming-device providers, leaving large swaths of HBO's potential viewer base confused and frustrated about how to access the service.