Please ensure Javascript is enabled for purposes of website accessibility
Log In Help Join The Motley Fool
Free Article Join Over 1 Million Premium Members And Get More In-Depth Stock Guidance and Research
By Anders Bylund - May 29, 2020 at 8:21AM

The first title made $306 million at the box office, making it a potential franchise tentpole.

The end-credits scene in Sonic the Hedgehog was a classic sequel setup, and for good reason. A second title will indeed zoom into movie theaters. Casting decisions and filming schedules are up in the air, but ViacomCBS (NASDAQ: VIAC) studio Paramount Pictures is using the same creative team that created the original smash hit.

Entertainment magazine Variety reported Paramount's plans to make a Sonic sequel on Thursday, confirming its findings with the studio and with Japanese entertainment company Sega Sammy, which owns the rights to the Sonic character and his video game world.

Director Jeff Fowler will helm the as-yet-unnamed sequel, based on a script by Pat Casey and Josh Miller. That's a carbon copy of the first film's core creative team. Variety's scoop listed three producers and three executive producers, compared to four of each in the franchise starter.

Sega representatives Masanao Maeda and Takeshi Ito may have been omitted by mistake, or perhaps Sega is taking a smaller role in the sequel's development. Sega CEO Hajime Satomi and his son Haruki are still on the list. In other words, the sequel should stay close to Sega's version of the Sonic world. 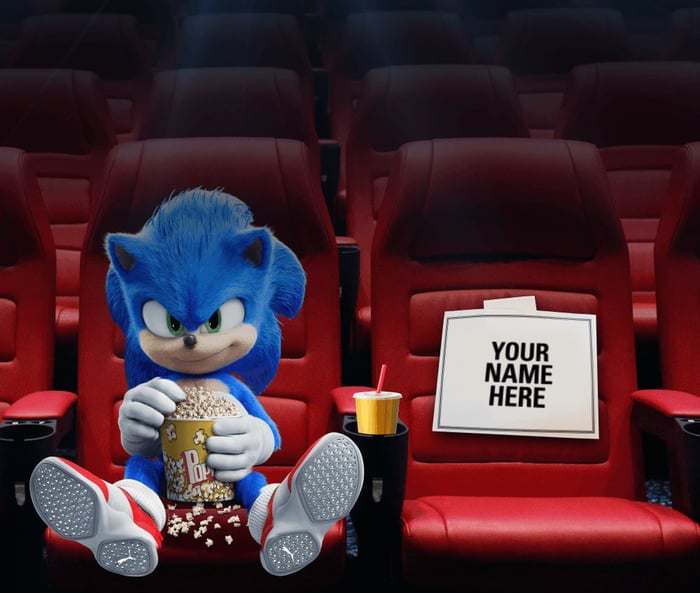 Sonic always seemed likely to spawn a sequel. The movie collected $146 million in domestic ticket sales and $306 million in the global box office, and that's before hitting the massive Chinese market. Paramount delayed the Sonic premiere there as the COVID-19 health crisis forced movie theaters to close just before the planned late-February introduction.

It also zoomed into the digital download market just a month after the silver screen premiere. The coronavirus is playing games with Hollywood's release windows in 2020.