The studio took action on early problems with the movie's character design and may have ended up creating a durable franchise.

Paramount Pictures has a hit on its hands after fixing some early customer complaints. Video game adaptation Sonic the Hedgehog is racing toward a $57 million opening weekend, according to website Box Office Mojo. Early estimates had pointed to a $40 million debut, and even that projection was seen as a franchise-making level of success. 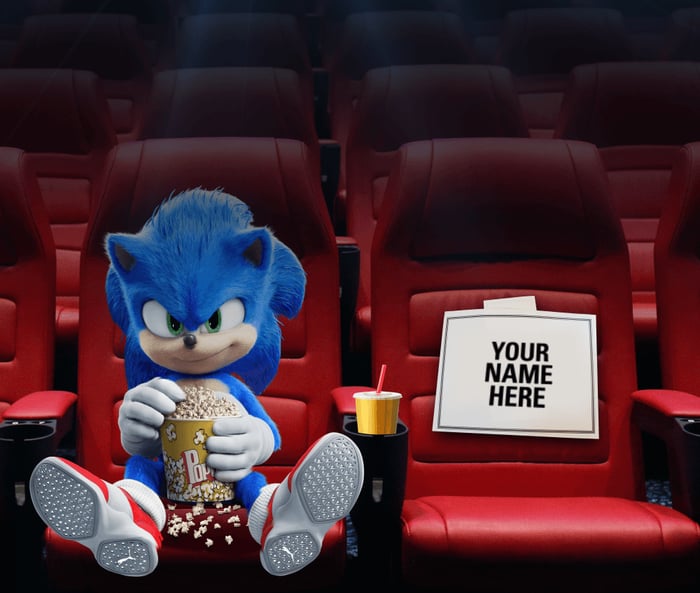 Those empty seats are filling up! Image source: Paramount Pictures.

The result is particularly noteworthy because the movie garnered a sharp backlash against its early trailers in the spring of 2019. Fans took to social media outlets to complain about the title character's creepy appearance with human teeth in a cartoonish face. ViacomCBS (NASDAQ: VIAC) (PARA.A -4.25%) studio Paramount took the trailer reviews to heart and redesigned Sonic from head to toe. The final result was palatable enough to keep audiences filling up more than 4,000 theaters.

Sonic avoided the uncanny valley where Comcast's (CMCSA -3.24%) Universal Studios let Cats go astray in December, and Jim Carrey is at the top of his game as the zany villain, Doctor Eggman. The film did not score well with critics, but Rotten Tomatoes shows a 95% approval rating from audience members, reflecting a conscious effort at crowd-pleasing entertainment.

What's next for Sonic?

Other kid-friendly movies with similar opening weekends have gone on to global box office totals between $300 million and $500 million, boding well for Sonic's business prospects. The movie ended with several teasers for sequels, an effort that probably will pay off based on these prosperous opening-weekend results.

Consumers may be fickle, but Paramount's handling of Sonic shows that paying attention to audience objections can pay off.