Please ensure Javascript is enabled for purposes of website accessibility
Log In Help Join The Motley Fool
Free Article Join Over 1 Million Premium Members And Get More In-Depth Stock Guidance and Research
By David Jagielski – May 30, 2020 at 5:19AM

The company's coming off another lackluster quarter that showed no growth.

Charlotte's Web (CWBHF -3.76%) stock is up by about 40% in the past month -- which is far better than the Horizons Marijuana Life Sciences ETF (HMLSF -3.28%) has performed during that time, with returns of about 20%. The hemp company's gotten a boost from its first-quarter results, which it released on May 14. And while the stock may be seeing some bullishness of late, it may not last. Here's why it could be a great time to sell shares of the company today.

Recent results aren't all that encouraging

In Q1, there really wasn't much of a reason for investors to get excited about the company's path. Revenue of $21.5 million was down 1% from the prior-year period's $21.7 million. Meanwhile, the Colorado-based company's expenses have continued to rise. Operating expenses climbed 77% from a year ago, and that led to Charlotte's Web incurring a loss of $11.5 million in Q1, compared with a profit of $2.3 million the year before. It was the third period in a row in which the company landed in the red. 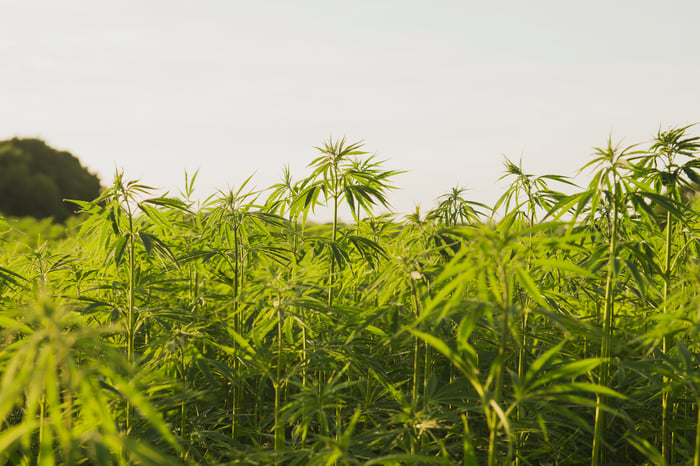 During the period, Charlotte's Web also used $14.9 million to fund its day-to-day operations, up from just $3.7 million the year before. Having adequate cash flow is an increasingly important issue for cannabis investors, and greater expenses make the company a riskier buy, especially during the COVID-19 pandemic. As of March 31, Charlotte's Web reported cash on hand of $53 million -- which would be enough to handle 3.5 quarters of its current level of cash burn from operations. And the reality is that the cash burn may get worse, especially if sales dry up as COVID-19 puts people out of work and diminishes discretionary income for many Americans.

Charlotte's Web is trading the highest it's been since February

The last time Charlotte's Web stock was trading higher than $6 was in February, before the markets crashed with the advent of COVID-19. This recent surge in the share price makes it an optimal time for investors to cash out. There's a real danger that the stock could sink back to below $5 or even the $4 mark. Pot stocks remain very volatile, and investors haven't seen the full effect of COVID-19 on the cannabis industry just yet. When Charlotte's Web releases its second-quarter results, which will cover the period through the end of June, investors will get a better picture of how strong the demand is during these tumultuous times.

And given that Charlotte's Web has already been struggling to generate growth even when things have been going well, there's even less reason to be optimistic about the upcoming quarter. A poor showing in Q2 could spell disaster for the stock and send it back to where it was just a few weeks ago.

Why selling today is the safest option

With no growth, no profits, and a more challenging picture ahead for the company, it's difficult to be bullish about Charlotte's Web's future. The CBD stock isn't in a great position today, and investors may want to take the opportunity to sell at a better price now rather than risk another crash, which could be around the corner.

Until Charlotte's Web can show that it can either return to profitability or at least generate some strong sales growth, there's no reason to invest in the company today, especially given how many other options there are for cannabis investors to profit from the industry's future growth.