Please ensure Javascript is enabled for purposes of website accessibility
Log In Help Join The Motley Fool
Free Article Join Over 1 Million Premium Members And Get More In-Depth Stock Guidance and Research
By Jim Halley – May 31, 2020 at 7:55AM

The maker of Invisalign aligners had a tough first quarter because of the COVID-19 pandemic, but the company is poised for a breakout.

Align Technology (ALGN -2.82%) has a unique product and years of double-digit growth, so a little slowdown from the coronavirus pandemic isn't going to keep the company down for long. The first quarter scared investors a bit, as the San Jose, Calif., company's revenue and net income fell dramatically from the previous quarter, with a drop of 15.2% in revenue and non-GAAP net profits plummeting 58.4%. 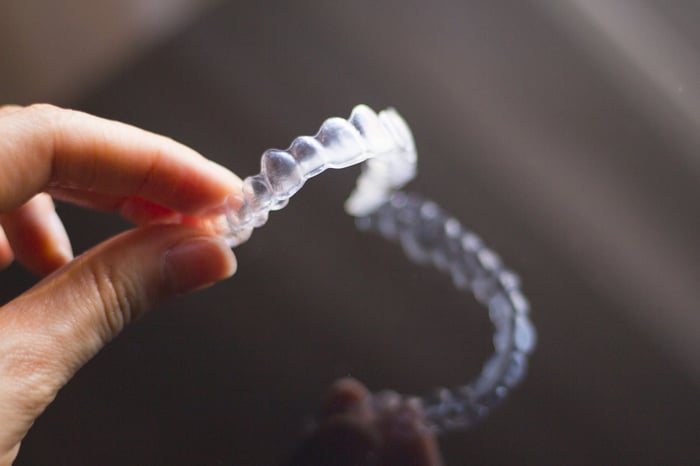 One of the company's growing competitors is SmileDirectClub (SDC -0.97%), which went public last September.