Please ensure Javascript is enabled for purposes of website accessibility
Log In Help Join The Motley Fool
Free Article Join Over 1 Million Premium Members And Get More In-Depth Stock Guidance and Research
By Taylor Carmichael – Jun 1, 2020 at 8:25AM

In the short term, maybe, but it's doubtful this stock will beat the market long term.

Toy-maker Hasbro (HAS -2.25%) has a dominant market position in old-fashioned toys like dolls and board games. The company owns the rights to Monopoly and G.I. Joe, among other assorted brand names you might remember from your childhood. The company also has strong ties to Disney and produces Star Wars action figures, not to mention toys for the Marvel cinematic universe. You want a Baby Yoda? Hasbro will be making it.

While the association with Disney is a huge positive for this stock going forward, there are a couple of major headwinds that investors should consider before buying. One big problem is that young people aren't having as many kids. The U.S. birth rate has been shrinking for years, and it's kids who create demand for toys -- fewer kids equals less demand.

That's not the biggest problem, however. The biggest challenge is that Hasbro is competing with the likes of Activision Blizzard, Nintendo, and Take-Two Interactive, among others. The toy industry risks being stuck in the past and missing out on the future -- and the future for children's entertainment is digital. 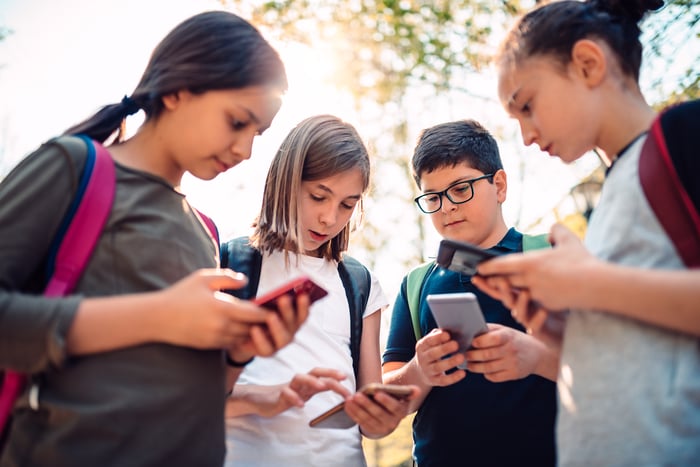 Can Hasbro make the shift online?

Hasbro has several strong brands that are perfect for a virtual universe. Its subsidiary, Wizards of the Coast, owns the rights to Magic: The Gathering as well as the grandfather of fantasy play, Dungeons & Dragons. The company is seeing strong growth from these games, and Hasbro acquired Tuque Games last year in order to create video games for these titles.

So far, however, Hasbro's results in this area have been meager. When you consider the monster profits in video gaming that have been made off military shooters, for instance the billions made from Call of Duty, one wonders what G.I. Joe has been doing all this time.

You can find G.I. Joe video games, of course. There was G.I. Joe: The Rise of Cobra, released in 2009 along with the movie. Published by Electronic Arts, reviews were negative, and there was no video game tie-in for the movie's sequel.

Of course the company hopes to rectify these past mistakes with efforts like Magic: The Gathering Arena. After nearly three decades, the brand has millions of loyal fans who will be happy to engage the fantasy world online. Investors should applaud such moves as internet companies tend to have more attractive business models than real-world competitors. Distribution is faster and easier, and production is cheaper. Nonetheless, Hasbro is playing catch-up in this competitive arena.

Hasbro might be a value play at these prices

While Hasbro is no high-growth gaming company, there is still a lot to like at Hasbro for value investors. The stock is down 30% year to date, which presents the possibility of picking up shares of a valuable company at a bargain.

So why is Hasbro down in this environment? You might think toy sales would be up with schools closed and millions of kids stuck at home. But Hasbro's toys and games have to be manufactured, and COVID-19 has wreaked havoc on supply chains around the world. Many retailers are also closed as a result of the pandemic, which makes distribution problematic as well.

While COVID-19 has exposed major weaknesses for many companies, COVID-19 is likely only a temporary crisis. And the sell-off has reduced Hasbro's valuation to less than 20 times forward earnings estimates, compared to 25 times at the end of 2019.

The company remains a leading toymaker, and if you believe the current crisis will pass, then there are good reasons to think the stock will recover quickly. But while Hasbro shareholders may do quite well in the next year or two, the company's late start in digital entertainment means its ability to outperform the market over the next ten years is much less certain.