The wrestling purveyor comes up with a convenient way to save fans nearly $10 per month.

Do you enjoy professional wrestling, but are hesitant to spend money to watch it? If so, World Wrestling Entertainment (WWE -0.35%) has devised a service for you.

On Monday, the company launched a free version of its WWE Network, its specialty video streaming service. Among other offerings, viewers will be able to watch "recent" episodes of the company's two flagship weekly TV programs, Raw and Smackdown. As implied by the "recent" qualifier, those most likely will air on the free service after a delay. 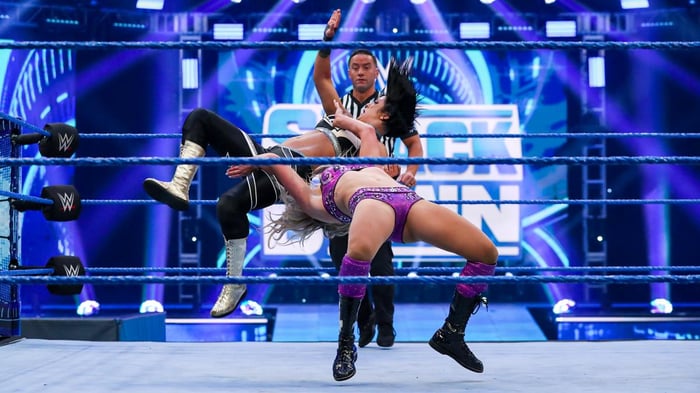 A raft of other content will also be readily available. These include documentaries such as Monday Night War, discussion shows like Table For 3, highlight programs, and past pay-per-view events.

WWE rolled out the WWE Network in 2014, and according to recent figures it has around 1.4 million subscribers. This is down from a peak of roughly 2.1 million in 2018. A subscription costs $9.99 per month, and viewers can watch Raw and Smackdown live, as well as the company's frequent pay-per-view events like the long running Wrestlemania series.

In the press release trumpeting the news, WWE said that the free version of WWE Network "is a key component of our company's digitization strategy and a new way for all fans to be able to experience premium WWE content."

It added that "[a]s we continue to reimagine WWE Network's offering, the Free Version will serve as an effective way to reach a broader group of consumers."

Investors don't seem overly enthusiastic that the company is providing so much content without charging for it. WWE's shares rose by 0.5% on Tuesday, lagging behind the gains of many fellow consumer goods stocks and the key equity market indexes.