Consumer spending could be on the rise quickly. Or not.

All three are riding the general surge for the broader stock market today. At this writing, the SPDR S&P 500 ETF Trust (SPY -2.09%) is up 1.2% on a combination of optimism that the economy is going to bounce back as more businesses open up, and hopes that Congress will pass more economic stimulus soon. 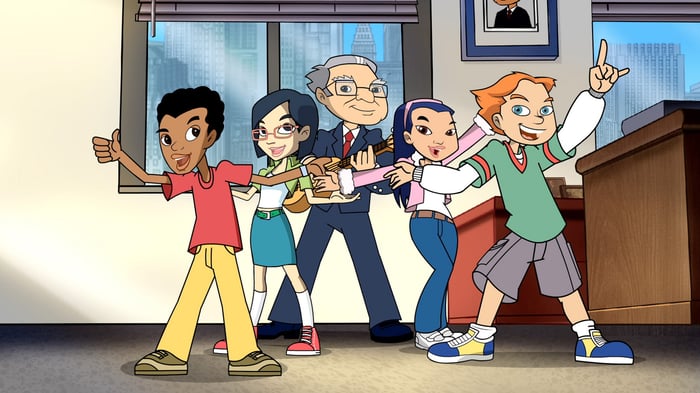 The potential for additional stimulus for American families, as well as signs that people are ready to spend as businesses reopen, have investors looking for stocks that could gain. Toymakers have had a tough start to the year, as consumers have tightened their purse strings on discretionary spending. At this writing, Mattel and Funko's shares are still down 25% and 65% year to date.

Genius Brands, on the other hand, is getting a big lift from a direct source. The company has been at risk of being delisted for an extended period of time, working through financial challenges that had pushed its stock deep into penny territory.

The company, which owns a bevy of popular kids entertainment brands including Llama Llama, Rainbow Rangers, and Secret Millionaires Club, announced an equity deal with existing investors that resulted in $9 million in proceeds. It will use the proceeds to develop new episodes of its popular Rainbow Rangers show, and to invest in its upcoming Kartoon Channel.

Genius Brands also recently announced a Rainbow Rangers toy line, developed jointly with Mattel, that will launch in August at Walmart in conjunction with the debut of new episodes of the show.

Without getting caught up in speculation on the market's near-term prospects, investors should at least acknowledge that today's big move higher -- and really the massive surge in stocks over the past two months -- is based on optimism that the economy will recover sooner rather than later. And it's something that limited data is supporting. Many of the retailers that have opened up are reporting strong sales.

But what we don't know is whether it proves sustainable or not. There's also some evidence that COVID-19 cases are on the rise in many places, and the risk of a second wave of the deadly disease is very real, and could lead to the return of stay-at-home orders. After all, there are still no effective treatments available, and a vaccine is unlikely to be available before 2021.

Investors should act with caution and the recognition that the recent rally could reverse course quickly, depending on what happens with the economy and COVID-19. That's not to say that these companies aren't worth buying, it's just a reminder that a lot of the recent gains are a product of optimism. That optimism could give way to fear and quickly reverse course.

With that in mind, any investment in these companies should be with an eye toward their post-COVID-19 prospects. The rest of 2020 -- and possibly into 2021 -- could be painful and ugly, if things don't recover as quickly as Mr. Market seems to be expecting right now.