Please ensure Javascript is enabled for purposes of website accessibility
Log In Help Join The Motley Fool
Free Article Join Over 1 Million Premium Members And Get More In-Depth Stock Guidance and Research
By Will Ebiefung – Jun 3, 2020 at 8:21AM

Travel is one of the hardest hit industries during the coronavirus pandemic. But these stocks won't stay cheap forever.

The market is increasingly confident about a near-term resolution of the coronavirus pandemic. And while nothing is guaranteed, there may be light at the end of the tunnel. Policymakers plan to reopen the economy, and this will have a bullish effect on tourism companies that depend on visitor traffic.

Here are three tourism stocks that may be poised for a run-up as America reopens. These stocks are selected for their strong brands, liquidity, and the ability to survive with low revenue.

The first pick, Penn National Gaming (PENN 2.78%), is a casino operator with exposure to sports betting. Next are Carnival (CCL -4.25%), and Norwegian Cruise Line Holdings (NCLH -0.75%), cruise ship operators with enough liquidity to survive until a rebound. These companies are high risk/high reward ways for investors to bet on a tourism recovery as travel restrictions ease around the world. 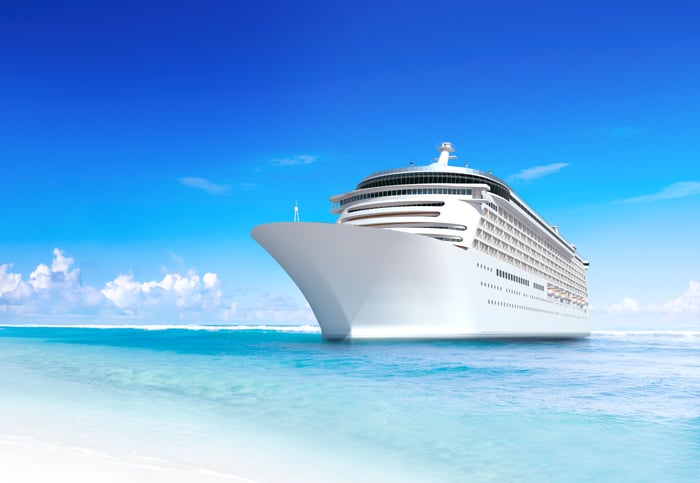 Penn National is a casino operator with 41 properties in North America. The company also operates horse racing courses race and gambling terminals, giving it good diversification. The pandemic hit the gambling industry hard, and in March, Penn was forced to close all of its casinos in response to the outbreak.

As of March 31, Penn reported $1.3 billion in cash and equivalents on its balance sheet. And while it is unclear how much cash the company will burn in the second half of 2020, there is already reason for optimism. It opened 25% of its properties in May and expects to open more in June. While it looks like the market has already priced in a weak second quarter, Penn may be poised for a bull run because of the reopening of the economy and its expansion into the rapidly growing sports betting industry.

In February, Penn invested $163 million into Barstool Sports in return for 36% ownership and an agreement to step up ownership to 50% in three years. Barstool Sports is a sports culture blog with a large millennial audience that Penn plans to rebrand into a betting community. Penn will rename its sports betting platform Barstool Sportsbook and launch a mobile wagering app in the third quarter of fiscal 2020.

Carnival was hit particularly hard by the coronavirus pandemic, experiencing several large COVID-19 outbreaks on its Princess line of cruises. The situation led the company to record a $731 million goodwill impairment charge in the first quarter and sent its stock price tumbling around 70% year to date compared with a 6% decline in the S&P 500.

Despite the near-term challenges, Carnival is well suited for a rebound because of its strong liquidity and resilient brand. With a market cap of just $12.3 billion, Carnival stock is trading at just over half 2019 revenue ($20.8 billion), which means it isn't too late for investors to scoop up shares on the cheap.

Carnival has raised over $6 billion in debt and equity financing and has enough liquidity to last for the rest of 2020 without additional capital, according to CEO Arnold Donald. And management tentatively plans to resume operations in August. Further, management indicates that demand will likely exceed the limited capacity the cruise ships will likely have at first, boosting Carnival's pricing power and helping compensate for lower cruise volumes with higher prices.

Ultimately, lawmakers will have to decide when to ease bans on cruise ships. And with coronavirus restrictions easing around the globe, that looks like it will come sooner rather than later. Donald suggests that East Asia and Europe could be the first regions to reopen to cruises because they are further along the pandemic curve than the U.S.

Like Carnival, Norwegian Cruise has been battered by the pandemic, with shares cratering 73% year to date. The company has a market cap of just $4 billion versus 2019 sales of $6.46 billion, giving it a revenue multiple of just 0.62. But the sell-off looks overdone, and Norwegian could be ready for a bull run as the economy reopens. Its liquidity is strong, and the company forecasts robust demand in 2021.

Norwegian has taken aggressive steps to survive the crisis, expanding liquidity by $3.1 billion and reducing operating expenses by lowering work weeks, slashing salaries, and furloughing up to 20% of shoreside employees until July 31.

According to CEO Frank Del Rio, the company can survive for over 18 months with no revenue. And while we don't know when governments will lift their restrictions on cruises, the company plans to resume operations on July 31. Norwegian reports that 2021 bookings are within historical ranges, which means revenue could quickly bounce back when the travel restrictions end.

Travel and tourism make up around 7.8% of this country's GDP. And it's only a matter of time before the industry recovers. But with that said, tourism stocks are risky because they can be affected by factors outside their control such as government restrictions and the spread of disease.

Investors can mitigate this risk by selecting companies with strong brands and liquidity. Penn National Gaming, Carnival, and Norwegian Cruise Line fit the bill. And they may be ready for a rebound as coronavirus lockdowns ease.