Please ensure Javascript is enabled for purposes of website accessibility
Log In Help Join The Motley Fool
Free Article Join Over 1 Million Premium Members And Get More In-Depth Stock Guidance and Research
By Evan Niu, CFA – Jun 3, 2020 at 9:45AM

Many companies have been trying to beef up their balance sheets in the face of the ongoing COVID-19 pandemic, which has created considerable global macroeconomic uncertainties. Following other bond issuances in the tech sector like T-Mobile and Apple in recent months, Amazon.com (AMZN -1.57%) this week also tapped the debt markets for access to cheap capital, with the e-commerce giant raising a cool $10 billion at record low rates. 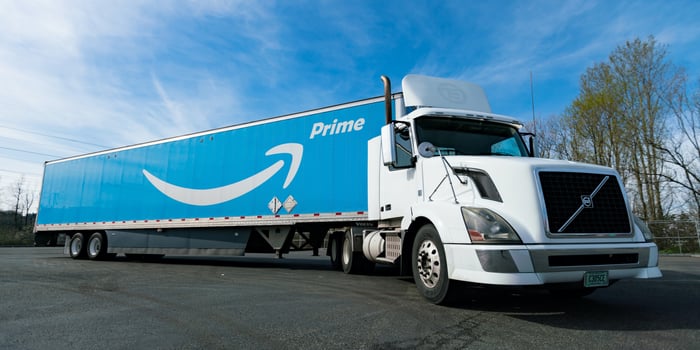 Amazon issued $10 billion worth of callable bonds across six different tranches with maturities as long as 40 years. The paper fetched investment grade ratings from the major credit rating agencies. The company intends to use the proceeds for general corporate purchases, which could include paying down other debt, stock buybacks, acquisitions, or capital expenditures, among other potential uses.

The 0.4% interest rate represents a record low for a corporate bond issuance, thanks in part to strong investor demand for the bonds as the offering was reportedly oversubscribed.

In recent months, the Federal Reserve has been pumping cash into the financial system in an effort to stimulate the economy with low interest rates. Additionally, the Fed has taken the unprecedented move of buying corporate bond ETFs, effectively helping support the market for corporate paper, before proceeding topurchase bonds directly through the program.

What Amazon has been investing in

Amazon had approximately $49.3 billion in cash and $23.4 billion in long-term debt on the balance sheet at the end of the first quarter. The company has been investing heavily across the business. Before the coronavirus outbreak, Amazon had been plunging hundreds of millions of dollars into one-day delivery.

As the public health crisis escalated and created a surge in e-commerce demand as consumers stayed at home, Amazon has hired 175,000 seasonal workers to meet that demand. Last week, the company said it would offer full-time positions to 125,000 of those employees. Additionally, Amazon needs to invest in worker safety following criticisms that it wasn't doing enough.

On the last earnings call, CFO Brian Olsavsky estimated that Amazon invested $600 million in COVID-related costs in the first quarter, with those expenses expected to jump to over $4 billion in the second quarter. That $10 billion will sure come in handy.