Please ensure Javascript is enabled for purposes of website accessibility
Log In Help Join The Motley Fool
Free Article Join Over 1 Million Premium Members And Get More In-Depth Stock Guidance and Research
By Scott Levine - Jun 3, 2020 at 7:44AM

These charts provide a deeper insight into this solar power specialist.

Enphase Energy (ENPH 0.07%) shed new light on the possibilities of solar power in 2008, when it debuted the world's first microinverter system -- a unique approach to converting the energy collected by solar panels into grid-compliant AC power. More than 10 years later, Enphase, the self-proclaimed leading microinverter company in the world by market share, has emerged as a prominent player among investors focused on the renewable energy industry.

Let's take a look at several charts that will help you to get better acquainted with one of the leading names in the solar power businesses. 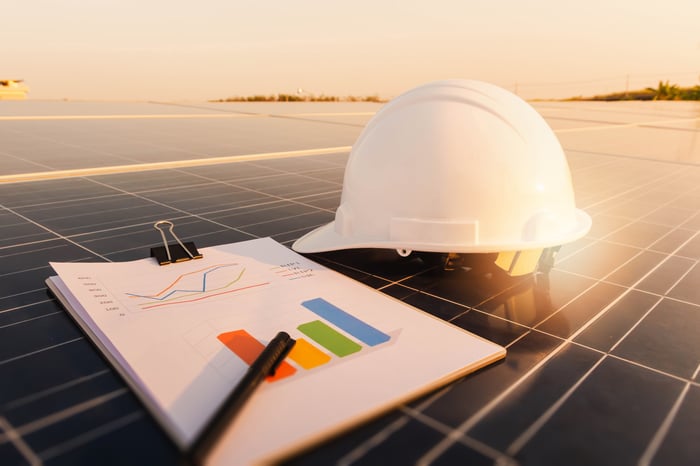 Enphase delivered its first microinverter in June 2008. By 2011, it had shipped more than one million microvinverters. Today, Enphase recognizes a growing demand for its products; it shipped 25 microinverters last year. 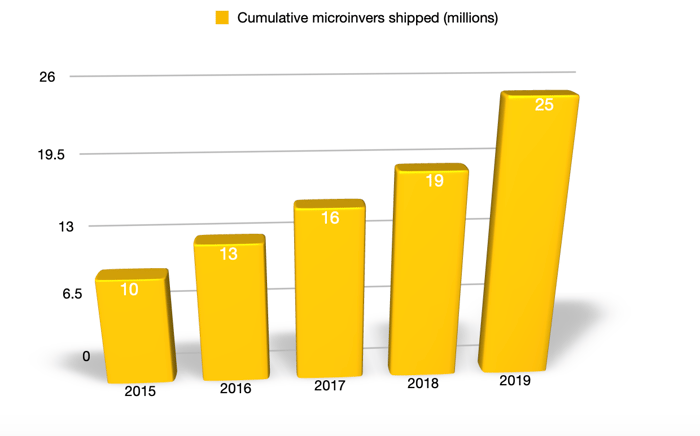 Since its late-2011 expansion into France and Italy, Enphase has now shipped more than 27 million microinverters to numerous markets, including South America, Asia, and Australia. Although the COVID-19 pandemic has affected demand for its products, particularly in California and New York, management remains confident that once stay-at-home orders are lifted, demand for Enphase's microinverters will return. Moreover, the company's upcoming launch of the IQ 8 grid-agnostic microinverter for residential rooftops and a supply agreement with Sunrun (RUN -3.53%), a leading residential solar installer, represent other catalysts that could lead to increased demand.

As the solar power market has matured, many manufacturers of solar-related products, such as First Solar (FSLR -0.59%) and SolarEdge (SEDG -0.21%), have faced continuous pricing pressure. Forced to remain competitive with their peers, the companies have experienced margin compression, limiting their profitability. Unlike its peers, however, Enphase has succeeded in expanding its margins. 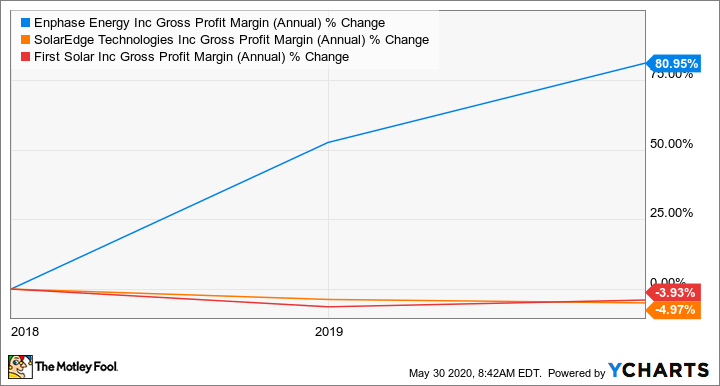 According to management, the worldwide launch of the IQ 7 series microinverter in 2019 was a significant factor in the company expanding its gross margin to 35.4% -- a noteworthy year-over-year expansion of 550 basis points. This, in addition to the company expanding its operating margin to 16.5% in 2019 from 1.8% in 2018, helped the company to achieve profitability under generally accepted accounting principles (GAAP) for the first full year in its history.

The company's strong performance expended into 2020, when the company reported first-quarter net income of $68.9 million.

Greater opportunities to soak up the sun

Despite achieving considerable growth since its founding, Enphase believes there's plenty of room left to expand even further. Whereas management identified a $3.3 billion serviceable addressable market (SAM) in 2019, it believes that the company's SAM will increase to $12.5 billion in 2022. 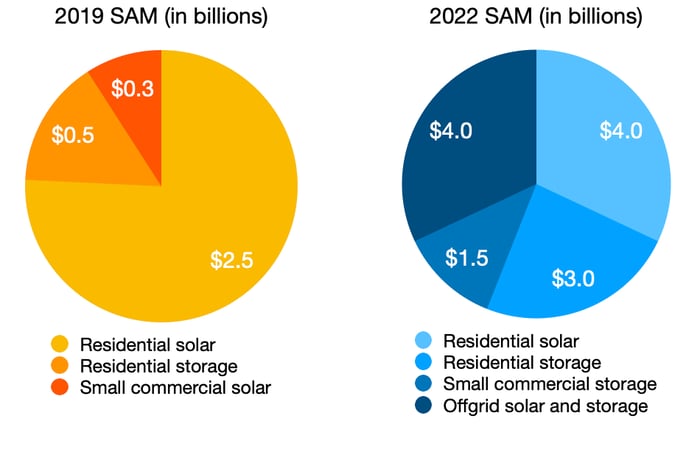 In 2020, for example, management aspires to double last year's revenue from Europe as it seeks to offer products to customers in eight new countries. While the IQ 8 microinverter will also figure prominently, yet another driver of growth for the company this year is the launch of its Ensemble energy management products, which focus on energy storage via its Encharge battery.

Enphase also hopes to gain a strong foothold in India, where its off-grid solar and storage opportunities lie. On the company's Q1 conference call, CEO Badri Kothandaraman said that the company plans to present its Ensemble-In-A-Box solution to the Indian market in the second half of 2020, and it should be a significant source of revenue in 2021.

Is the sun rising or setting on this microinverter maven?

Enphase achieved its first full year of profitability in 2019. With the launch of Ensemble and Encharge solutions, it's clear that the sun has hardly set on the company's prospects. While the company has asserted itself as one of the more compelling opportunities among solar power stocks, there are other viable choices for investors interested in the renewable energy space.